More than €9 million in outstanding fines are still to be collected by the Local Enforcement Services Agency (LESA) for the period between 1 October 2015 and 31 December 2019 according to the National Audit Office.

On Wednesday, Auditor General Charles Deguara presented to the Speaker of the House Dr Anġlu Farrugia, the Annual Audit Report on the Public Accounts for 2019.

The National Audit Office analysed the level of compliance of various expenditure and revenue items with prevailing rules and regulations. It also gives over 300 relevant recommendations. 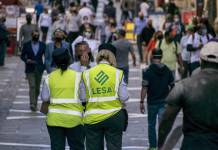 One of its key findings was following an audit at the Local Enforcement System Agency which revealed limited control over the collection of pending fines.

The main scope of the audit at LESA was to assess the adequacy of the procedures in place for the collection of outstanding balances; to determine whether fines imposed were being honoured within the prescribed timeframe; and to assess that income received was duly recorded in its books.

A number of meetings were held with LESA’s CEO and other key personnel in order to understand the relevant policies in place and procedures adopted.

The NAO requested the data of the whole population for the contraventions issued for the period between 1 October 2015 and 31 December 2019. It then carried out testing in the following areas: payment of fines, cancellation and waiver of contraventions, lifting of contraventions and other revenue streams.

In its report, the NAO reported that the scope of the audit was limited as clients requests for traffic management services rendered during the sampled period (March 2019) were not always traced. The NAO found several instances were the hours invoiced by LESA were also understated when compared to the respective requests. The NAO sought clarifications from LESA on 4 December 2019. However no reply was received until mid-August 2020 when the annual report was concluded.

On this point, LESA management acknowledged that discrepancies may have existed in the past until the beginning of 2019. The situation was ratified when the agency implemented an online Transport Management System where all requests for TMS and relevant transactions are processed through the system.

The NAO found that during the year under review contraventions totalling €73,354 were cancelled. While auditing this area, the Auditor General found that requests and authorisations relating to cancellations of contraventions were only retained scattered in various email threads on personal computers and were not filed.

The NAO remarked that it was evident that the agency was experiencing difficulties in th collection of pending fines.

It noted that more than €6 million of pending fines have been outstanding for more than one year.

The NAO suggested that the agency should assess the situation and take the necessary action by initiating discussions at a ministerial level to devise a stricter enforcement mechanism for the collection of pending fines especially where is no possibility of further penalty enforced for non-compliance.

Outstanding balances and agreements on repayments

The NAO found that only 3.25% of the outstanding traffic contraventions were supported by an agreement to settle the respective balances by instalments.

The agreements in place until 31 December 2019 covered approximately €257,375 of the €7,929,291 in pending fines which includes late payment fees and penalties.

The NAO noted that a plausible explanation for the substantial unpaid balance is yet to be given, taking into consideration that motor vehicle licences are expected not to be renewed unless outstanding fines have been lifted once an agreement to pay by instalments is in place.

It also recommended that LESA and Transport Malta should jointly address the concern of contravention tickets which remain pending to ensure that the dues are timely collected.

During the audit, the Auditor General also found that from a sample of ten agreements reviewed, there was a case where a vehicle had its licence renewed for four consecutive years despite having accumulated several outstanding fines over that four-year period. The agreement to pay by instalments was only drawn up on 23 July 2019.

The NAO reminded the authorities that according to the Traffic Regulation Ordinance the road licence is not to be renewed in the case of pending settlement of fine or penalty.

The NAO also commented on other findings from the audit including the lack of readily available documentation, lack of audit trail for cancelled collision reports, and financial statements not prepared among other issues encountered during the course of the audit.

Perception that enforcement is slack with the rich – Alfred Sant