A total of €516,896 were collected by Partit Laburista during a fundraising telethon on Labour Party’s TV station, ONE TV.

The party said that during the eight-hour telethon, hundreds of people visited the party’s headquarters in Ħamrun while thousands called on the phone numbers to donate. The Republic day telethon would not have been possible without the help of several volunteers, the party added.

Partit Laburista outgoing leader Joseph Muscat and his wife were both interviewed during the telethon, where they spoke about Muscat’s experience at the party helm during the past 11 years.

This was the last time that Muscat attended the fundraising telethon as a party leader, as the leadership campaign gets underway. A new Partit Laburista leader will be elected on 12 January after Muscat announced he will step down once a new leader is chosen following the arraignment of 17 Black owner and tycoon Yorgen Fenech.

During the interview, Muscat admitted that he would have liked to see his political career end differently, adding that he believes that what needs to be done, has to be done.

Watch: I wish my political life had a different ending – Muscat 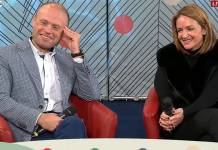