More than two million Australians have downloaded an app to trace contacts of COVID-19 patients hours after its release, the government said on Monday, as states set out plans to expand testing for the infection.

Prime minister Scott Morrison has said more testing and widespread use of the CovidSafe phone app – which has angered some privacy campaigners – are among the main conditions for easing nationwide lockdowns.

Australia has so far confirmed around 6,700 cases of the novel coronavirus and just 83 related deaths, way below figures reported in the United States and other hotspots – something the government has put down to its border closures and other measures.

Health Minister Greg Hunt said the tracing app launched late on Sunday had been downloaded by more than 2 million people.

The government has said it wants that proportion to reach 40%.

The app, which is based on Singapore’s TraceTogether software and uses Bluetooth signals to log when people have been close to one another, is meant to help medics trace people potentially exposed to infections.

Civil liberties groups have raised fears that apps being considered and used by a number of governments could invade privacy. But Canberra says its software does not record people’s location and has safeguards built-in. 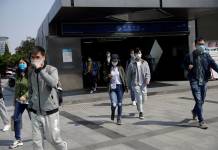 John Paul Cordina   July 6, 2020
People should make sure to take the flu vaccine later this year in a bid to minimise the risk of the next influenza season being aggravated by the possible presence of Covid-19, Health Minister Chris Fearne said.