More Maltese women aged 65 and over are living alone compared to Maltese males, figures from a recent EUROSTAT report show.

Conversely, there were more over 65 Males living in a household as a couple without other persons (49%) compared to women (37%). The figures show that in terms of the number of over 65 men and women living in other types of households were quite close in proportion, 29% for women and 29% for men. 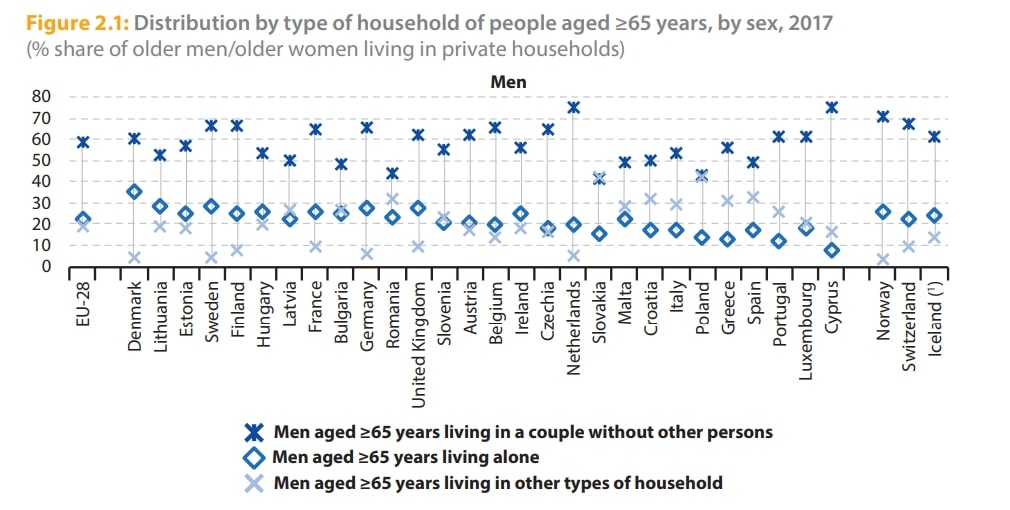 Overall, the EU average for over 65 women living alone was recorded at 40% and around 22% for men.

Most rooms per person in the EU

The report also finds that Maltese over 65s living alone in 2017, had the most rooms per person in a household.

Compared to fellow Southern EU states, Spain had a similar situation with one person households recorded as 4.7 rooms per person, 2.5 rooms for households of two adults and around 1.8 rooms for ‘All Households’. 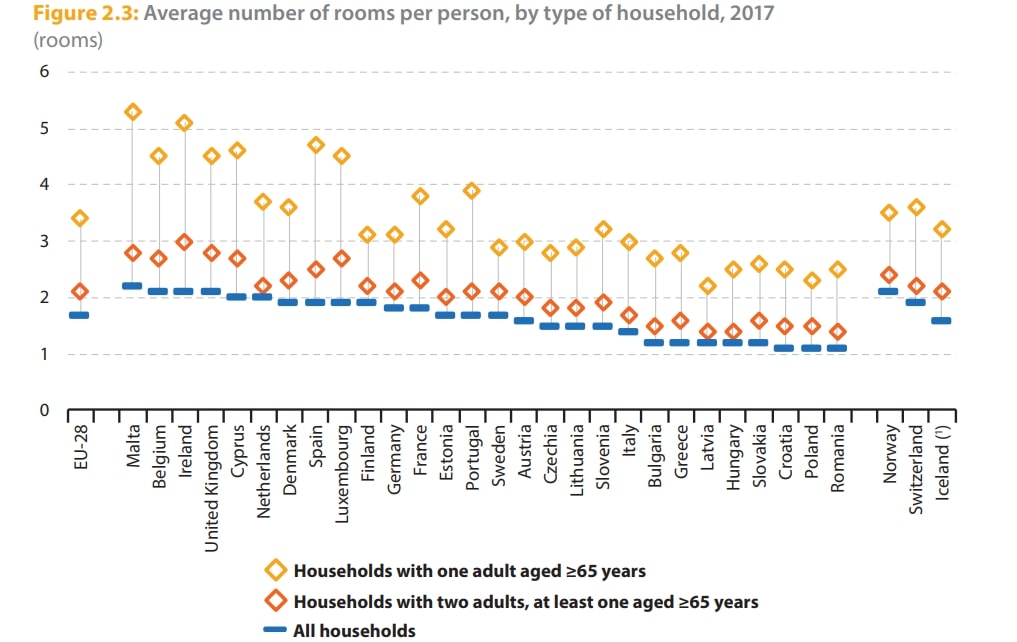