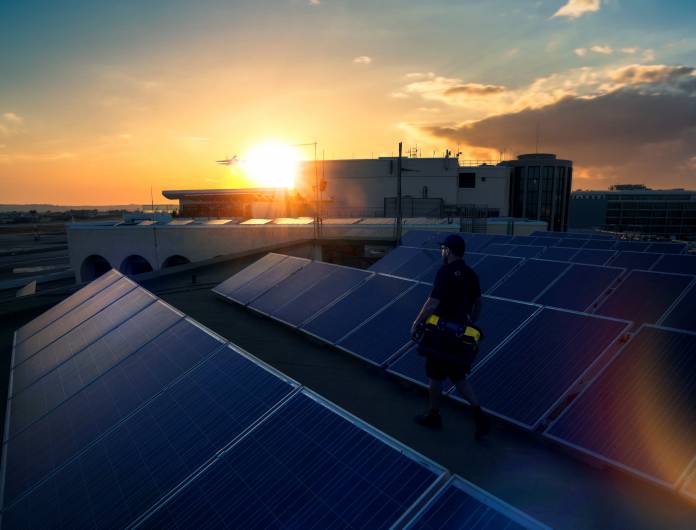 Malta International Airport has just commissioned a 998-kilowatt peak photovoltaic system, which has more than tripled the company’s capacity to generate clean energy.

Amounting to more than €1.2 million for the period between 2016 and 2019, Malta International Airport’s investment in photovoltaic panels has been crucial in allowing the company to contribute to the curbing of CO2 emissions.

In 2018 alone, a PV system with a much lower peak power rating than the one which was installed recently, led to the generation of more than 602,000 kWh of clean energy. This is roughly equivalent to the yearly electricity consumption of 40 average Maltese households.

The peak power capacity of the new system, which is located on the airfield, is around 2,000% greater than the peak power rating of the average photovoltaic system for the commercial sector for 2018.

The airport’s investment in photovoltaics is but one of the measures the company has taken in recent years to be more environmentally sustainable, with other initiatives including the gradual replacement of lighting and equipment with more energy efficient alternatives and the rolling out of a vehicle fleet replacement programme.

Malta International Airport’s green efforts are aligned to those being made by the wider aviation industry, with the airport having recently signed Airport Council International (ACI) Europe’s resolution to become a net zero carbon industry for emissions under its control by no later than 2050.

Malta International Airport is also a member of ACI’s Carbon Accreditation Programme at the mapping level.