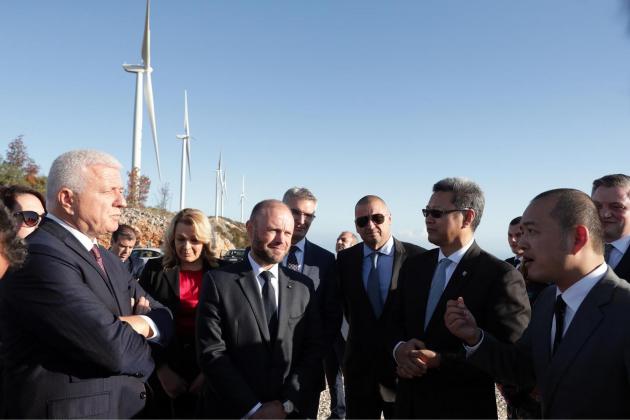 New information about Yorgen Fenech’s revelations to the police last November has reached this newsroom after Saturday morning we reported that the alleged mastermind of the assassination of Daphne Caruana Galizia had informed the police that he was ready to reveal what he knew about several corruption scandals including the Montenegro scandal.

Our sources confirmed that it was between November 25 and November 29 that the former Tumas Group supremo told the police that he was ready to give information about corruption scandals that he was involved in or had information of.

Newsbook.com.mt reported that when he spoke, Fenech was ready to spill the beans on the Montenegro scandal, about corruption in the Electrogas deal and the assassination of Daphne Caruana Galizia.

Definitely yes, said our sources. He dropped the name of former Prime Minister Joseph Muscat, Konrad Mizzi and Keith Schembri. The Cabinet of Joseph Muscat had refused to grant Fenech a Presidential Pardon. Meanwhile, while these stories persist in surfacing, Muscat Mizzi and Schembri have, equally consistently, strongly denied any involvement. Indeed, Times of Malta reported a similar denial on Sunday, when Muscat ‘vehemently denied’ allegations by Fenech that he had asked for his chief aide to be shielded.

When Fenech gave this information, he was advised by the investigators to go to the Economic Crimes Unit to make his revelations there.

“It is the Economic Crimes Unit”, said the investigators “which deals with these crimes.”

Fenech kept on his tactic of revealing a bit but hiding other information.

For the second time, the investigators invited him to go the Economic Crimes Unit or send his lawyers there. They even offered to accompany him to the Unit but Fenech never obliged.  When Fenech was taken to Court accused of complicity in the murder of Caruana Galizia he stopped forwarding information.

In the meantime, Malta Today reported that the Police had briefed the Cabinet about Yorgen Fenech’s revelations including those about the Montenegro scandal. We confirmed the veracity of the report with an independent source.

But all this notwithstanding Newsbook.com.mt had already published reports saying that Fenech had told the police that he was ready to reveal all about the Montenegro scandal.

The then Prime Minister Joseph Muscat and current Prime Minister Robert Abela both denied knowing of the contents revealed by Reuters and Times of Malta before the journalistic report was published on Friday.

The sources who spoke to Newsbook.com.mt said that it could be that they did not know all the details in the Reuters and Times of Malta report but back in November, they knew that Fenech was speaking about corruption in the Montenegro Scandal both from the Newsbook.com.mt report and from the briefing of the police.