Malta is increasingly likely to become the first EU member state to end up on an intergovernmental group’s list of nations that pose a high risk of financial crime by the end of year, according to the Association of Certified Anti-Money Laundering Specialists.

The website dedicated to news on financial crime, sanctions and compliance related issues, quoted a U.S. official based in Malta.

Reacting to the article published on moneylaundering.com, former FIAU director Manfred Galdes remarked that despite the looming possibility of being grey listed, there was no sense of urgency to rectify the situation. No actions that come close to what other countries have done to avoid grey listing can be seen, Galdes said.

“It’s as if a meteorite is moving rapidly towards us and we’re just trying to convince ourselves we’ve done enough to avoid being hit,” the former FIAU director commented.

Commenting on social media, Galdes remarked that this was inevitable. He urged for action to ensure that the negative impact which is associated with Malta’s grey listing is mitigated.

He asked why the House of Representatives was not debating what needs to be done to salvage the financial services sector and the introduction of non-conviction based asset forfeiture.

“Because our representatives are still dealing with something that they should have dealt with three and a half years ago and didn’t do so because of political expediency,” he wrote. 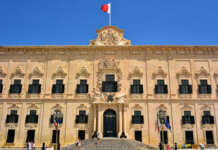 Malta has until October after the deadline was extended as a result of the coronavirus pandemic to implement the 58 recommendations put forward by Moneyval in order to combat financial crime and avoid the inclusion on the FATF’s “grey list” of high jurisdictions.

Disgraced then-Prime Minister Joseph Muscat had dismissed the Moneyval report claiming that the group had always been a harsh critic of Malta.

Partit Nazzjonalista noted that the Government remained silent on the possibility of Malta being included in FATF’s grey list. In a statement signed by Opposition spokesperson for finance Mario de Marco, the Opposition said that despite the serious repercussions this would have on Malta the government chose to remain silent.

De Marco called out Finance Minister Edward Scicluna for failing to take the necessary actions to safeguard the country’s institutions.

Partit Nazzjonalista called on Minister Scicluna to shoulder political responsibility for his inaction.