The Malta Hotels and Restaurants Association has described the disagreements between the national airline, Air Malta, and its pilots, as a ‘moment of truth’, saying that without entering into the merits, the two entities need to recognise that they are shooting at each other’s foot leading to matters being aggravated.

In a statement, the MHRA remarked that the situation does not only make matters worse for Air Malta but threatens the livelihoods of thousands of employees and operators who depend upon the travel, hospitality and tourism sector.

All stakeholders are expected to share the burden caused by the coronavirus pandemic, the MHRA said, referring to the pilots’ association.

The MHRA appealed to both parties to align their efforts and energies towards keeping Air Malta flying for the ‘benefit and welfare’ of the Maltese people and economy. This objective underlies the rational for the creation and all the investments made by the government and the Maltese taxpayer in the national airline over the past decades to keep it operational, the MHRA said.

The association claimed that the continuous battles between the management at Air Malta and ALPA were jeopardizing every effort which the government was carrying out to reigniting the economy.

“Cost cutting measures introduced by management across the travel, hospitality and tourism sector at a global level have not been motivated by profitability goals but rather by efforts to survive this crisis,” MHRA said.

On Saturday, ALPA called on the national airline to clarify statements made under oath by Air Malta’s Chief Human Resources Officer James Genovese. It urged the airline to submit the new operations manual and training programmes to the relevant authorities after Air Malta fired all its first officers and chose to operate its flights with two captains instead of a captain and a first officer, since the latter were fired. The risk assessments should reflect the current situation and need to be validated according to the European Aviation Regulations. 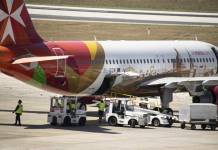 The pilots’ association rebutted claims made by the MHRA pointing out that while ALPA had offered to significant pay cuts in the pilots’ salary which went “well above” the 10% pay cut that Air Malta’s management has taken to date, Air Malta chose to withdraw its final offer a few hours prior to being put to a vote.

ALPA accused Air Malta of seeking to exploit the coronavirus pandemic to effect permanent degradation to its pilots working conditions. It added that to date, the national airline has not offered to resume talks aimed at streamlining the company’s operations and averting the redundancies that ALPA’s members have suffered.

ALPA reiterated its willingness to participate in meaningful and effective discussions aimed at reaching an agreement with Air Malta.

“However Air Malta’s management has continued to act in bad faith as recent events have demonstrated,” ALPA said, adding it could exclude the possibility of further disputes and industrial actions unless a solution is found.