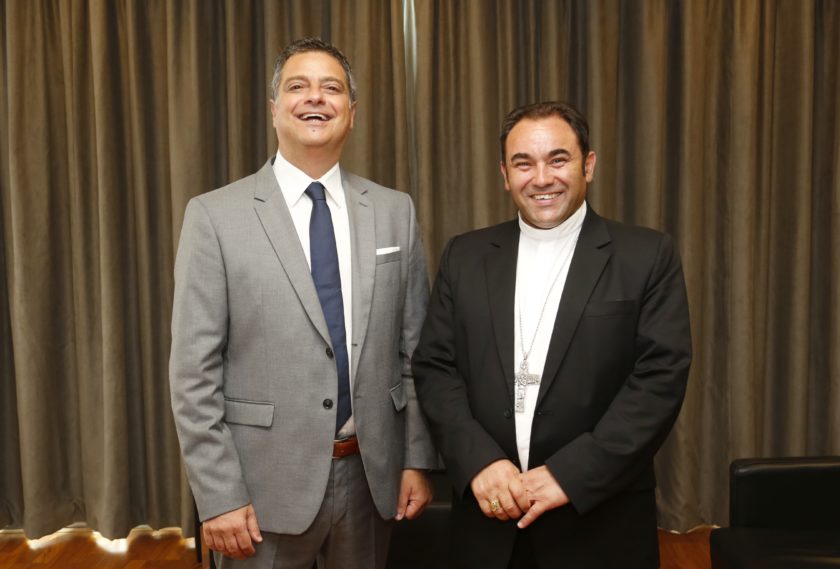 The Leader of the Nationalist Party Adrian Delia, has paid tribute to the people who devote their lives to missionary work. Dr Delia said this during his meeting at Dar Centrali with the new Bishop of St James the Apostle of Huancané Peru, Mgr. Giovanni Cefai MSSP.

Dr Delia explained that going on a mission is beyond any form of work or career. It was also claimed that during the meeting the importance of the mission was discussed, as well as how the Catholic Church helps in educating people and the work that will be performed by Fr Giovanni Cefai.

Cefai is the first Maltese bishop of the Missionary Society of St. Paul, as well as being the Pope Francis appointed Bishop of the new Territorial Prelatura Santiago Apostol de Huancané Peru back in April.

Mgr. Giovanni Cefai was born on the 5th August 1967 in Żebbuġ Gozo. He joined the Missionary Society of St. Paul in 1984. His episcopal ordination took place on 22 June at the Cathedral of Arequipa, Peru.

He is set to return to Peru on 18 September.