Reacting to the statement by the Malta Medical Association, the Tourism and Culture Ministries said that the aim of ‘Christmas in the City’ is not to have the usual large activities as some have claimed and which would pose a risk to the people.

MAM said that the Ministries are deliberately ignoring scientific advice and play the populism card in the thick of a pandemic. The association described the authorities’ attitude as highly irresponsible which puts the lives of many patients and healthcare staff unnecessarily at risk. 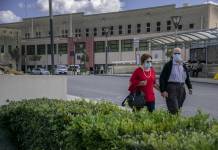 Both Ministries said that the aim is to create a positive Christmas spirit for families who choose to go to Valletta to buy gifts and dine at restaurants while enjoying music, children’s choirs and the performing arts.

During the launch of the event it was announced that free parking scheme for Valletta visitors, on Black Friday the 27th of November, on the 8th and 13th of December and from the 19th of December till the 1st of January, will be offered. 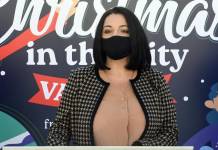 Tourism Minister Julia Farrugia Portelli said that authorities want to keep the Christmas spirit alive while helping and supporting the local industry. She also said that they believe that a balance can be achieved through if people keep following the necessary precautions against the coronavirus pandemic.

The Chamber for SMEs mentioned in a statement released on Tuesday that Valletta businesses have had a very bad year due to coronavirus, much worse than that experienced in any other locality. It also said that the capital city is ideal place for many reasons during the current times as it has large open-air spaces and in total Valletta covers a significant area.

Highlighting this function of Valletta and giving the families a small token of encouragement in terms of free parking is very balanced and sensitive in the current times, said the Chmber for SMEs.

It also noted that a solution through the vaccine is fast approaching and so one will be able to return to an increased level of normality.

“No Notte Bianca or event-like activity was announced yesterday. Some Christmas lights and kids choir can hardly be referred to as an activity, let alone an event,” said the Chamber while stating that the Health Authorities have been consulted and that there are clear protocols that must be followed. “A few bad apples cannot steal away everyone else’s enjoyment of the Christmas spirit,” stated the SME Chamber which also said is against any irresponsibility and breach of health regulations.