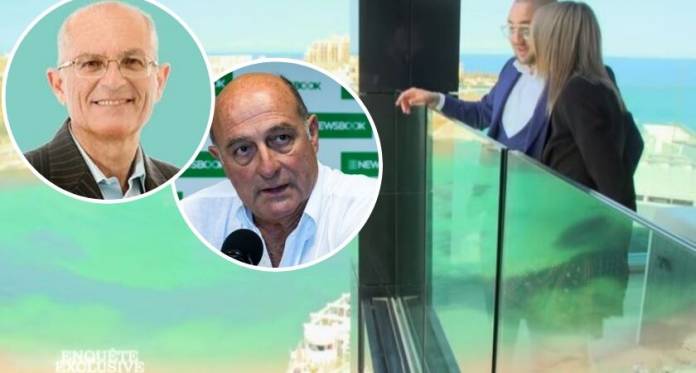 Former AD Chairman, now independent politician Arnold Cassola has asked the Commissioner for Standards in Public Life to assess allegations made during a French investigative programme broadcasted on Enquête exclusive.

In the program, the son of the well-known king of the night, Hugo Chetcuti, Luke Chetcuti, was caught saying that during a dinner with Minister for the Economy Chris Cardona, the Minister allegedly messaged Tourism Minister Konrad Mizzi “We need to help the Chetcuti family, as they have always helped us [referring to Partit Laburista]”.

Watch: Minister Cardona has no further comment on Acapulco case

Mizzi allegedly responded saying that Saint George’s Bay is quite small; however, he will see what he can do to expand its size.

Cassola said that on Enquête exclusive, Chetcuti can be heard complaining about the hotel’s concession on Saint George’s Bay with the hotel manager.

Chetcuti was later contacted by the television programme; however, he insisted that the footage was taken out of context. Both Minister Cardona and Minister Mizzi also denied accusations of trading in influence.

Commissioner for Standards asked to investigate

Cassola stated that the bay which Chetcuti is referring to is St George’s Bay, partly occupied by the Intercontinental Hotel.

In his letter, Cassola identified seven elements where unethical behaviour was shown.

“The Tourism Minister does not give land concessions”

In a statement, Government insisted that it is not true that political influence related to the concession of Saint George’s Bay, as the Tourism Minister does not give any concession.

Government concluded that it welcomes any investigation issued by the Commissioner of Standards regarding what was shown on the French media.