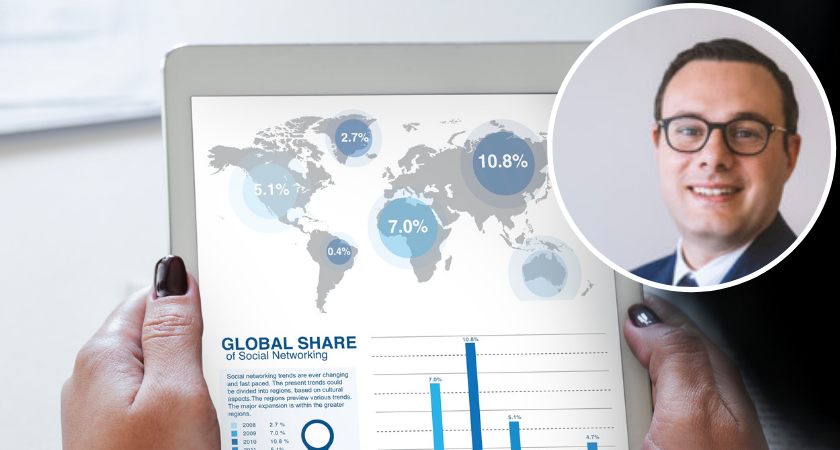 Two economists have sounded warning bells on the possibility of a global financial crisis. This scenario has been the basis for economic debate in the international fora in recent months and has not been echoed in Malta, probably due to the positive economic climate in the country. However, Minister Edward Scicluna, no less, sounded warning bells this week in an op-ed on L-Orizzont. Given the openness of the Maltese Economy to international vicissitudes, Newsbook.com.mt asked fellow economist and director at ARQ Group JP Fabri for his take on the matter.

A slow down in the European market would translate into a slow down in the Maltese market according to economist JP Fabri. Newsbook.com.mt spoke to Fabri on Sunday discussing the looming international economic crisis which has been strongly hinted at by economists aboard and Finance Minister Edward Scicluna in his article published on L-Orizzont on Friday. The economist mentioned the decrease in Germany’s export value which may be taken as an indicator that the manufacturing sector is in for a tough time.

Fabri explained that the concerns raised by Scicluna, were done in the context of possible dark clouds looming on the horizon. In a recent article penned by Finance Minister Edward Scicluna, the Minister discussed the possibility of a looming international economic crisis.

Fabri explained that a number of economists around the world have observed economic stresses which might turn into a fully fledged economic crisis. As examples, Fabri mentioned the current trade war between global powers, primarily the United States and China, the increase in government debt, the slow down in the European market and remarked that the prospect of Brexit certainly does not help the situation.

Speaking of a possible economic slow down, Fabri remarked that Malta would definitely be impacted. He observed that while Malta experienced a very good economic period over the past 6-7 years with its sources of growth being consumer driven and export oriented. The sectors contributing to Malta’s economy being tourism, construction, gaming and financial services among others.

Fabri further explained that a slow down in the European market will cause a slow down in Maltese exports saying that one has to see what would be the ramifications of such a slow down. However Fabri remarked, that this time the risks were definitely “heightened” for Malta.

‘Malta weathered the storm in the 2008 financial crisis; measures were targeted and timely’

When asked about the 2008 international financial crisis, Fabri reminded that Malta managed to weather the storm. The 2008 crisis which started from a banking crisis affected various countries around the Malta, however Malta, due to its robust banking and having implemented timely targeted and temporarily measures. The Government intervention at that time was deemed best practice by the European Union which managed to save a number of jobs.

‘Investment needs confidence and certainty; Brexit has none’

Fabri affirmed that investment requires confidence and certainty however the Brexit deal has none.

Speaking about the eventuality of the UK leaving the EU, Newsbook.com.mt asked how this would impact the EU’s economy, seeing that the world of economics depends on confidence as well as the possibility of UK firms coming to Malta. About the latter, Fabri explained that the net winners at the moment seem to be Frankfurt and Munich among others. He said that these cities seem to have gained from UK firms leaving Britain to other EU jurisdictions. Fabri was asked why Malta was not seeing the rush of UK firms to the island of which there was talk about in the past. He then explained that given the uncertainty, some decisions have been delayed for later, once the situation becomes clearer. Malta may be seen as an attractive collocation jurisdiction for UK-based firms which would like to continue working within the EU.

Fabri explained that Brexit may influence Malta negatively, since the UK is one of the top three trading partners for the country. He further explained that every economic shock needs to be assessed in the short, medium and long-term.