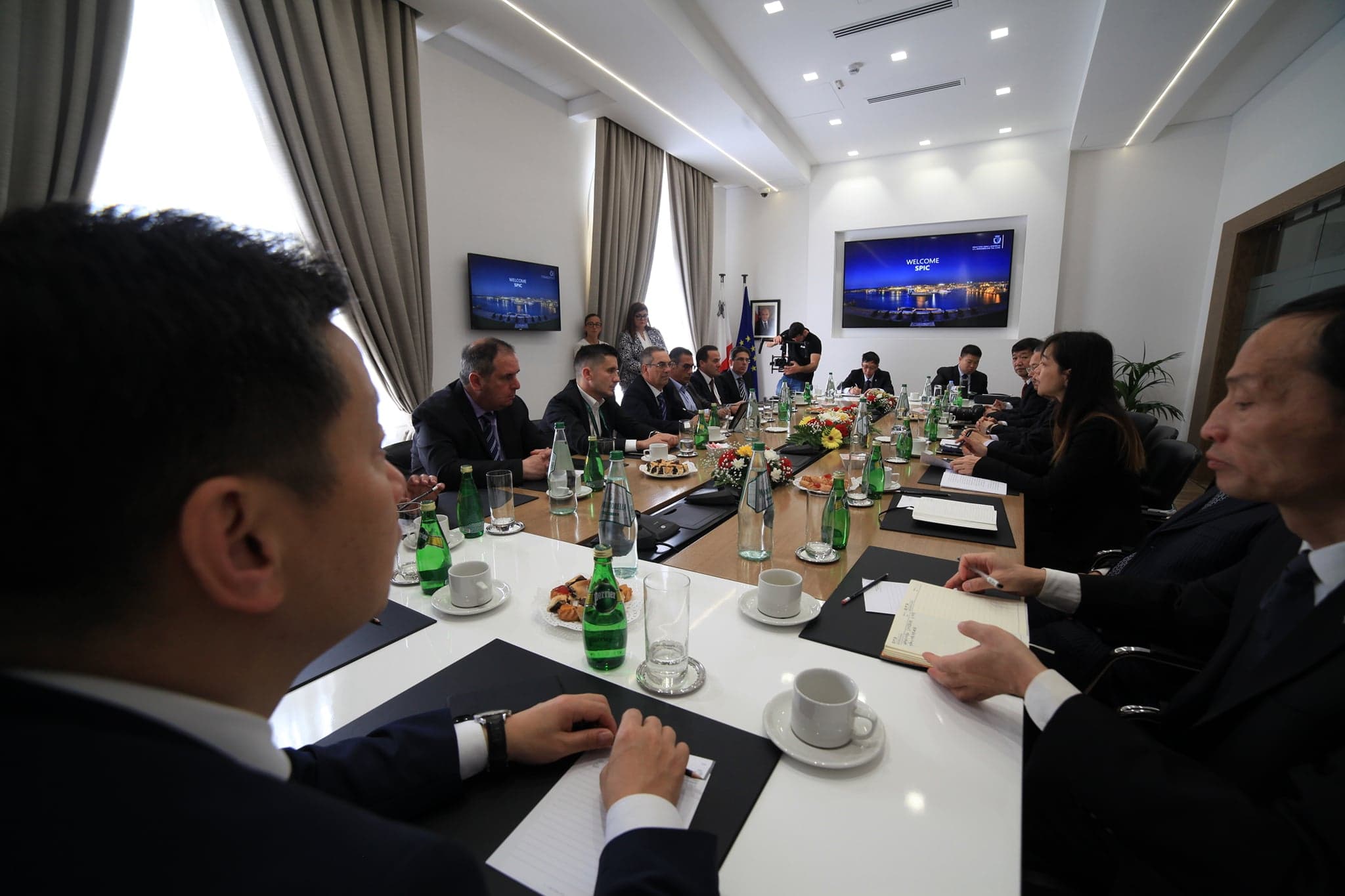 A delegation from SPIC (State Power Investment Corporation Limited), one of the top five power generators in China, led by its Vice-President Xia Zhong, is currently in Malta on an official visit hosted by Minister for Energy and Water Management Joe Mizzi, with the aim of exploiting new cooperation opportunities with Malta in the energy sector.

During a bilateral meeting, Minister Mizzi recalled that during his visit in China last month, he had announced that Malta will be partnering with China in energy and water research. This was declared after signing a memorandum of understanding between the two parties, where it was stated that this collaboration will sustain Malta’s leading position in the use of innovative, efficient and sustainable technologies in the water and energy sectors.

The Minister recalled that since 2013, the Maltese Energy Ministry and Shanghai Electric Power Co successfully completed the oil-to-gas conversion project at the Delimara power station and put it into commercial operation.

Mr Xia Zhong expressed his satisfaction at the positive development of the discussions between the two parties, saying that this encourages SPIC to continue their cooperation.

Water Services Corporation is prepared for the increase in population – Mizzi