Minister Michael Farrugia has to explain his involvement in the inclusion of Mriehel amongst High Rise areas a few hours after meeting Yorgen Fenech, without lying and hiding facts stated Independent candidate Arnold Cassola in a statement published on Monday.

Contacted by Newsbook.com.mt, Arnold Cassola confirmed that the Permanent Commission Against Corruption is investigating his complaint, filed in December 2019, on whether Yorgen Fenech’s donation of expensive gifts to former Prime Minister Joseph Muscat influenced policy decisions, including the Imriehel project.

The complaint had to also investigate Fenech’s relationship with certain top officials.

In his statement, the former Chairperson of Alternattiva Demokratika referred to the meeting held between Minister Michael Farrugia and Yorgen Fenech, the businessman who is being accused of complicity in organising ad financing the murder of journalist Daphne Caruana Galizia.

The meeting was held on the 5th of March 2014 and on that same day, Minister Farrugia had informed the Planning Authority to consider Imriehel as an appropriate location for high rise buildings, a project proposed by the Tumas and Gasan groups. The project includes four high rise buildings.

At the time Michael Farrugia served as Parliamentary Secretary responsible from the Planning Authority.

This information was released by the Daphne Caruana Galizia Foundation following a Freedom of Information request filed last month. 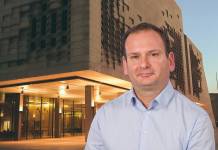 Arnold Cassola said that when asked about this issue, Minister Farrugia’s first reaction was to lie and to say that the meeting never happened but when confronted with official documentation about the meeting, he came up with a second version, saying that the meeting was not about the Imriehel project.

Cassola continued to explain that Minister Farrugia later came up with a third version, that the decision for the project to be included was taken days before the letter was sent by a committee evaluating policies after public consultation.

In such instances, the Minister or the Parliamentary Secretary responsible has to send such decision to the Chief Executive Officer.

Cassola explained to Newsbook.com.mt that the day Farrugia met Fenech at Castille, a month-and-a-half after the closing date of the public consultation on high-rise buildings, Minister Farrugia sent a letter to the CEO of the Planning Authority to request that the locality of Imrieħel be inserted in the high rise policy as an appropriate locality of such buildings.

Arnold Cassola continued to explain that this letter had never been made public and the public had no idea that the locality was to be included in the policy.

Cassola asked why did Minister Michael Farrugia intervene in the matter?

The independent candidate has urged Michael Farrugia to come clean and stop obstructing the course of justice.

All this information was released by the Daphne Caruana Galizia Foundation which unveiled how Yorgen Fenech attended meetings at Castille for at least 26 times between October 2013 and March 2017.

According to the released complete official data, Yorgen Fenech had meetings with the former Chief of Staff at Castille Keith Schembri, with the then Minister Konrad Mizzi, with Minister Michael Farrugia and with Konrad Mizzi’s aide Lindsey Gambin.

The independent candidate, Arnold Cassola confirmed with this newsroom that he is keeping the Commission informed about all the latest updates on this matter. 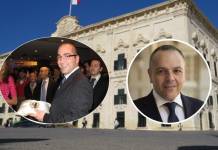