Speaker Anġlu Farrugia ruled that Environment Minister Aaron Farrugia did not mislead Parliament when he said that the Naxxar local council welcomed the reduction in footprint of the proposed waste treatment facilities at Magħtab.

The Naxxar local council had issued a statement denying that it had approved of the project, stating that it was awaiting the full documentation before taking a position, prompting opposition whip Robert Cutajar to ask the Speaker to rule on whether the minister mislead the house. 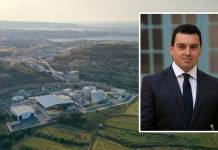 The Speaker’s ruling took around 20 minutes to read out, with Farrugia referring to practices in various countries whose parliamentary system is based on the British one, as well as previous rulings he and his predecessors had made.

He noted that in the UK, a minister is said to have mislead Parliament when they are involved in “the knowing presentation of false information to parliament.”

He said that in this case, the minister did not appear to have intention to deceive, but spoke of the impression he had received: that the council welcomed the planned reduction in the amount of land required for the project.

The minister welcomed the ruling, reiterating that when he met the Naxxar council, its members had reacted positively to the reduced footprint, before pledging to provide them with all the information they sought.

On his part, Cutajar stuck to his guns, reiterating that at no point did the council give its blessing to the project.