Home Affairs Minister Byron Camilleri denied a media report suggesting that the Corradino Correctional Facility made use of a ‘punishment chair’ which naked inmates were tied to.

But when the report, which was published on Illum, was raised by his Opposition counterpart Beppe Fenech Adami, Camilleri confirmed that an inmate was tied to a chair on one occasion. However, he added, this happened before he became minister, and that the prisoner in question was acting aggressively and was restrained on the advice of a prison medic who judged him to be a potential danger to himself and others.

Read also
Listen: “My husband was placed in a cell with infected inmates” 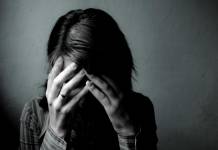 Camilleri added that the CCF was now housing a record 900 inmates, and that the situation within was a difficult one.

Fenech Adami retorted that the minister effectively confirmed the existence of a punishment chair through this account, saying that this was reminiscent of notorious South American prisons in the 1970s.

But Camilleri reiterated that what happened had been an isolated incident, recounting how over 5,000 people have been CCF inmates since the 50s and how 900 are inmates today.