A new migration report finds that since a recent crackdown on smuggling out of the migration hub, Agadez Niger, the risks for migrants have increased and so too have the prices.

According to new findings by the Xchange Foundation, the Nigerien Government’s introduction of Law 36 in 2015, has only forced the smuggling industry further underground and thus increased the dangers and risks to those involved.

The report, which is the first part of an analysis of the transit hub, explains that smugglers have been changing their routes to avoid detection by security forces, but have been doing well out of it.

According to first hand accounts from passeurs (smugglers) and NGO workers on the ground, the crackdown may have slowed the number of migrants making the journey but it has not stopped migration.

NGO workers on the ground stated that migrants are still being loaded on to the back of trucks every Sunday and they embark on one of a multitude of routes and itineries that the law and the state cannot control.

‘Our territory is very, very hard to control. Notably in Agadez, it’s half of the desert so it is impossible to bypass it. Several routes can be taken, various itineraries that the law… that even the state cannot control. There are different types of transports that migrants try to innovate with professionalism every time. So we can definitely not say that the state controls a city which is part of the migration flow, because people leave all the time, every Sunday you have loadings.’, one NGO worker recalled.

Added to this fact is that existing border legislation, the Economic Community Of West African States (ECOWAS), allows for Africans from supporting countries like the Gambia and Niger to travel across the 15 states. This making it possible for those hoping to transit to Niger for the route north.

Since 2015, the ‘traditional routes’ which experienced smugglers took migrants on, are now heavily controlled by security forces. The team documented these original routes taken by passeurs to take the following stages:

Smugglers explaining the changing routes said the origin points for the journey north, do continue to use Tabelot and Zinder as route stages, however one smuggler also explained that Chad is also understood to be a country that is used to bypass into Libya. What is clear from their findings is that Agadez is no longer a viable place to smuggle migrants from.

‘Currently there are not too many passages. Now, the passage the most…the largest flow is…it’s from Chad to enter Libya […] To Libya…Now it’s not possible to Libya…Because to Libya now to go you have to go from the other side. Via Chad…Yeah, it’s over there that passengers are brought from to be taken to Libya. But here in Niger, no…’, a former Coxeur stated.

When asked for comment on the shift to new routes, the UNHCR Country Representative said that they felt that the impact showed, ‘the entire Sahel is now the route’. The new routes were longer, more expensive and took the migrants further away from available sources of water.

Indeed, in the previous Central Mediterranean Survey, the Xchange team highlighted that in addition to the high instances of exploitation and violence suffered by migrants on journeys across the Sahara, starvation, dehydration and poor hygiene resulting from the harsh journey, resulted in higher numbers of deaths on the journey to Libya.

Interestingly, it is suggested that a so-called chain existed within the smuggling industry, between the transporters, intermediaries and police forces. This is understood to have ensured that risks to migrants were mitigated. Since 2015, this no longer exists.

One passeur explained to the team that,‘Losing passengers is something I’m also cautious about, why? Because the person in charge is here in Agadez; he’s going to give you the 20 persons. He’s going to give just enough money for the gas to reach Libya. The passengers have to call once in Libya. If they call the person in charge, then I get the money. If they are lost, it’s over. […] If you had issues with the convoy, for instance, you got lost, if you had a problem with the engine, you have to go back. It means you giving back the people to the person in charge. Maybe he will forgive you, you’ve used the money for the gas, so he will look for someone else to do the job. But if you lose anyone, you won’t get paid at all. So, you should always be extra cautious, ‘Is everyone here?’, ‘Yes, we are’, ‘Okay, let’s go’.’

Hand in hand with the risky new routes to Libya and Algeria, the report also highlights that prices have increased, in some cases doubling.

Testimony from NGO workers and active smugglers suggest that greater response from the police and security forces increase the price, but this has made the industry far more lucrative for the transportation of foreign migrants.

While a Migration coordinator explained that, ‘Because there [are] more raids and more patrols and the policing has gotten tougher, the fees had gone incrementally higher, because smugglers had started to take much more dangerous routes.’, an active smuggler said that foreign migrants are a captive audience. 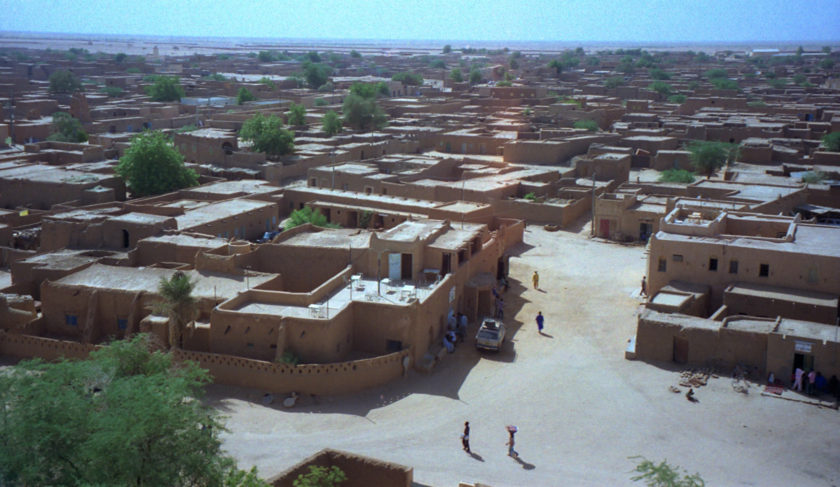 Watch: Mindset and its effect in a post-COVID situation – Robyn...