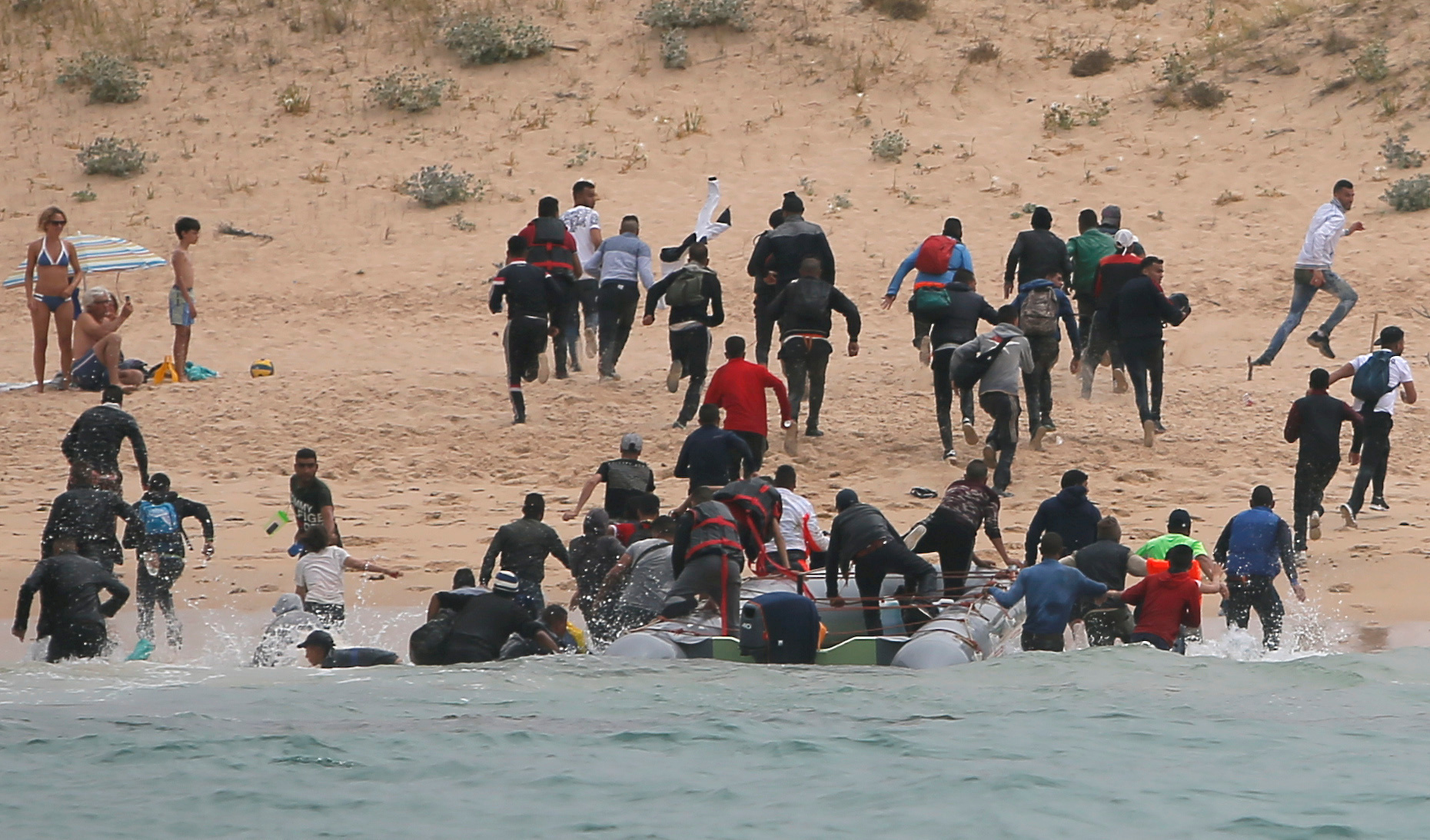 More than 30 illegal migrants, pursued by a police boat, landed their packed dinghy on a Spanish beach on Friday then scattered into the surrounding sand dunes and woodland.

Video footage showed the migrants, mostly young men, throwing their life-jackets overboard as they approached the shore and jumping onto the beach as sunbathers looked on.

The migrants landed on a beach near Tarifa after crossing the Strait of Gibraltar – the narrow body of water separating Morocco from mainland Europe that has become a key route for migrants.

Overall, numbers of migrants reaching Europe are way down from the peak in 2015 – 55,000 migrants have reached the continent’s shores this year, fewer than half the amount the same time last year, according to the U.N. migration agency.

But Spain has recently overtaken Italy as the preferred destination and seen 17,000 migrants arrive so far this year – twice the number at the same point in 2017, according to interior ministry figures.

Arrivals by sea have risen in recent weeks thanks to calm seas.

More than 600 African migrants forced their way through the heavily fortified border fence separating the Spanish North African enclave of Ceuta from Morocco on Thursday, using circular saws, shears and mallets to cut through the wire.