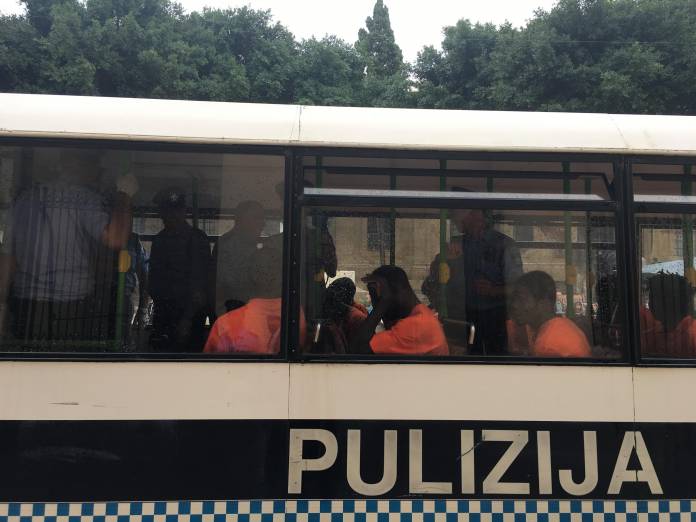 Some 20 migrants were denied bail after they were arraigned in court on Tuesday following the incidents at Safi Detention Centre.

The migrants were accused of causing a disturbance, disobeying orders, and causing damage at a detention centre.

A protest was staged at the detention centre on Monday, the otherwise peaceful protest turned violent when a small group of migrants pelted Detention Service staff. Riot police were called in to control the situation.

The migrants displayed banners protesting over their detention, insisting they are not criminals.

Recently a court of magistrates ruled that the detention of six migrants for more than 10 weeks at the Safi Barracks is illegal.

Some of the migrants stood up and shouted in court when the magistrate refused to give them bail and sent them to prison.

Migrants are held in detention pending identification and the initial processing of their asylum applications. Since September, protest frequently took place at the Safi Detention Centre with migrants demanding their freedom.

The price of petrol is the highest in the EU – Alfred A....