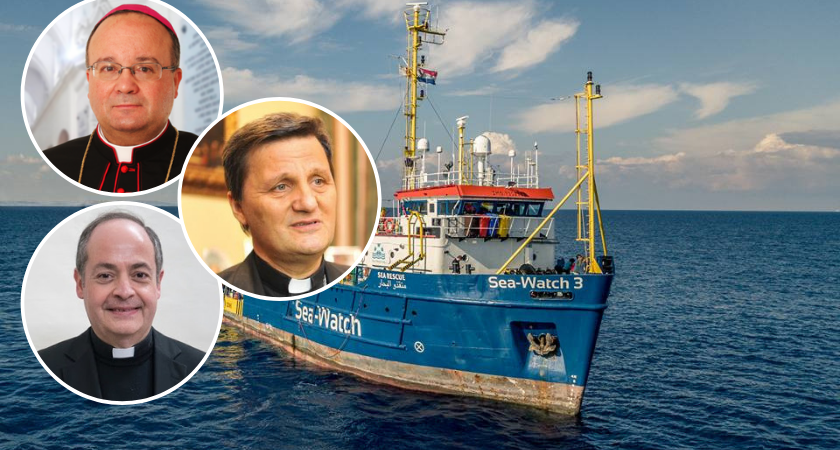 Archbishop Charles Scicluna, Auxiliary Bishop Joseph Galea-Curmi and Bishop of Gozo Mario Grech have written to the Commission of the Bishops’ Conferences of the European Union (COMECE) on the situation which they described as “in desperate need of action” with regards to the situation involving the 49 asylum seekers stranded for days in the Mediterranean Sea. In their joint letter the Bishops expressed their deep concern and asked for the support of their brother bishops in Europe.

This is the second time, that the Bishops have spoken out on the situation, having previously demand for concrete action.

In their letter, the Bishops observed how ironically Catholics were celebrating the birth of Our Lord who was rejected at birth, and how now a group of 32 migrants was refused shelter by Europe after being rescued at sea off Libya. The Bishops explained that they have now been out at sea on a rescue vessel for no less than 13 days, only being allowed to enter Maltese territorial waters yesterday, Wednesday 2 January, to shelter from a storm. A second group of 17 migrants rescued by another NGO vessel has been stranded at sea for five days.

In their letter they further noted the added suffering that the men, women and children on board Sea Watch 3 and Professor Albrecht Penck whose only “fault” was that of fleeing a cruel environment in hope for a better life.

The Bishops explained that the situation, which is now in desperate need of action, has prompted them to make repeated appeal to the leaders of Malta to express solidarity in a tangible way. They also noted that despite the of Malta’s size and high population density, the country played an important role in rescuing and when possible relocating migrants. The bishops cited the recent search and rescue operations by the Armed Forces of Malta who brought 249 asylum seekers to shore.

The bishops urged Fr Olivier Poquillon from COMECE to invite the Episcopal Conferences across Europe to take similar action and appeal to the leaders of their respective countries. They concluded their letter by inviting Catholics across Europe to strongly pray that this missionary continent will cherish the Christian values that have formed its identity by showing solidarity and saving our brothers and sisters in need.

The bishops also said that the Church in Malta is actively cooperating with the Government to offer accommodation and hospitality to the asylum seekers.

READ: Watch: “We might look miserable, but they look pathetic” – Sea-Watch