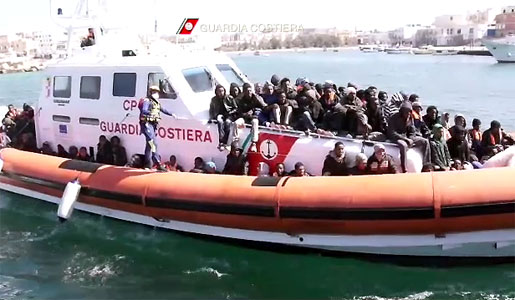 A woman who tested positive for coronavirus, gave birth to a baby on board a helicopter while she was being transferred from Lampedusa to Sicily, on a one hour flight.

The international news agency Reuters reported that the woman who was housed at a migrant centre designed to host 100 people, had test positive to coronavirus.

The health authorities decided to transfer the woman to Cervello hospital in Palermo where she could give birth in safety.

The woman gave birth on the helicopter while it was flying over the southern coast of Sicily close to Agrigento, Reuters reported.

When she tested positive, health operators decided to transfer her to the Cervello hospital, in the Sicilian capital of Palermo, so that she could give birth in safety. Palermo is a one-hour flight from Lampedusa.

Some 19,400 people have landed in Italy so far in 2020 compared to around 5,200 in the same period last year, according to official data.

Monique Agius   September 15, 2020
Opposition MPs Claudette Buttigieg, Karl Gouder and Edwin Vassallo who sit on the Consideration of Bills Committee said that they continued holding physical and virtual meetings with the main stakeholders to discuss the bill.