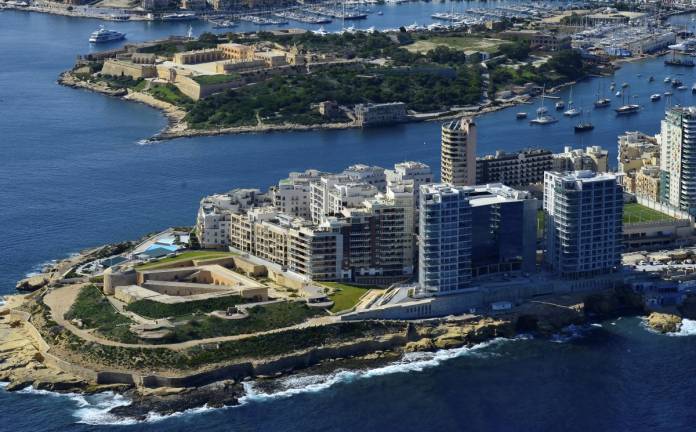 “In 2019 MIDI Group has continued to achieve very good results from the ongoing delivery of a number of Q2 apartments to their owners, whilst proceeding with the preparations for the development of Manoel Island and the Q3 residential block.” This was announced by MIDI plc Chairman, Alec Mizzi during his address at the Annual General Meeting of the company, which was held on Thursday 1st October 2020.

In his address, Mizzi said that “The group registered a profit after tax of €8.2 million for the financial year ended 31 December 2019, compared to a profit of €11.6 million registered during the previous year. Similar to the previous year, the 2019 financial results continued to be positively impacted by the delivery of a number of Q2 apartments, albeit on a much reduced scale, given that most of the Q2 apartments were delivered to their owners during 2018. The group’s financial results were also positively impacted by the financial results of Mid Knight Holdings Limited (“MKH”). The Group’s 50% share of MKH profits for 2019 amounts to €1.6 million compared to €1.3 million recorded in the 2018 financial statements. Together with the retail and catering activities, this block has added to the vibrancy of Pjazza Tigné, which is at the heart of the Tigné Point development.”

Mr Mizzi added that “Last year was also characterised by MIDI’s efforts to finalise the design of the first phase of the Manoel Island project and conducting the preparatory works in accordance with the current permits. The revised Outline Development Permit for Manoel Island was approved by the Planning Authority on the 7 March 2019, however this permit was appealed by the NGO Flimkien Ghal Ambjent Ahjar (“FAA”). Unfortunately, the appeal lodged by the FAA was partially upheld by the Environment & Planning Review Tribunal (“EPRT”) in June 2020. The EPRT concluded that the Company must submit a fresh Environment Impact Assessment (“EIA”) to the Environment Resources Authority (“ERA”) for the Planning Authority to reconsider the Outline Development Application. Although the Company considers this decision to be a setback in its progress towards commencing the Manoel Island development, MIDI remains committed to this project.”

On the Q3 development Mizzi said, “In April 2020 the Planning Authority granted the development permit for the final phase of the Tigné Point development. This phase includes the development of a residential block which will comprise 63 apartments and 4 levels of car parking as well as the embellishment of the Garden Battery and adjoining areas.”

In conclusion Mizzi said, “Although the ongoing Covid-19 pandemic has not impacted the 2019 financial results, it is expected to impact negatively the 2020 financial results. It is evident that this pandemic has had significant consequential effects on the Maltese economy and hence has resulted in a challenging 2020, from both an operational and financial point of view for the company. Nevertheless, the board is confident that the company has the necessary financial resources to continue weathering this challenging period and meeting all its obligations as they fall due.”

In his address, company CEO Mark Portelli said that “Although the company is experiencing delays to its ongoing projects, work is currently ongoing behind the scenes in order for the company to be in a position to move swiftly, once the current obstacles are overcome and to make up for any time that has been lost. In this respect, the company is confident that the company will successfully achieve the targets that have been set ourselves for the coming years.”

Five resolutions were put to the meeting and approved. These include ordinary resolutions for the approval of the Audited Financial Statements for the financial year ended 31 December 2019 and the reappointment of PricewaterhouseCoopers as auditors of the Company. Additionally, an ordinary resolution was approved with respect to that the Remuneration Policy for the Board of Directors as set out in the circular to shareholders dated 9 September 2020 and an extraordinary resolution was approved in respect of amendments to specific articles of the Memorandum and Articles of Association of the Company.

The company received eight valid nominations, one of which was subsequently withdrawn. Since there were less nominations than vacancies, namely seven nominations for eight vacancies, no election took place and the seven nominated directors, namely Alec A. Mizzi, Joseph A. Gasan, David G. Curmi, Joseph Bonello, Jimmy Gatt, Alan Mizzi and Joseph Said will hold office up to the next Annual General Meeting.