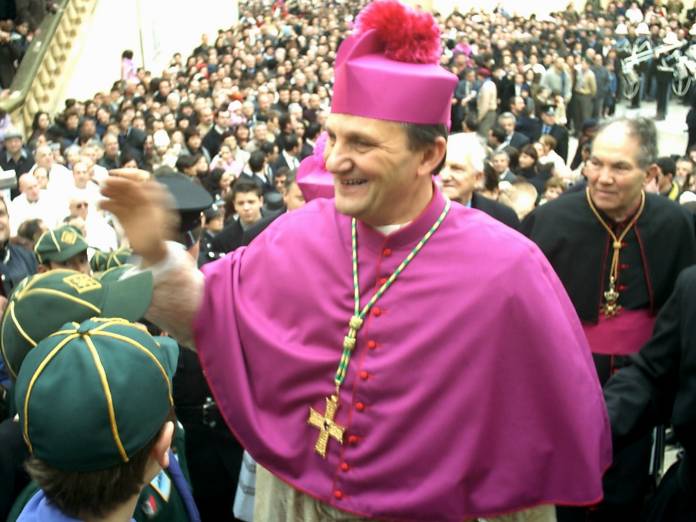 A thanksgiving mass for the service offered by outgoing Gozo Bishop Mario Grech will be held on Thursday 27 August at 6.30pm at the Xewkija parish church.

Mgr Mario Grech served as bishop of the Diocese of Gozo for fourteen years.

The thanksgiving mass will be streamed live on Newsbook.com.mt as well as on the Diocese’s Facebook page and YouTube Channel.

Mgr Grech will soon begin serving as the Pro-Secretary General of the Synod of Bishops.

As a bishop, Mgr Grech will be remembered for many things. Newsbook.com.mt has collected some of these in the list below. The outgoing bishop served as Kerċem’s parish priest before becoming the eighth bishop.

While Bishop Grech was heading the Gozitan Diocese, various initiatives and commissions were set up; including the family therapy clinic (2011), the Commission for the Safeguarding of Children and Vulnerable Adults Gozo (2017), the Liturgical Arts Centre, Eikon (2017), a hostel for Gozitan students studying in Malta (2018), and the Pastoral Formation Institute (2019) among others.

Among the reforms he carried out, Mgr Grech spearheaded the reform of the Ecclesiastical Tribunal in Gozo.

He initiated the diocesan process for the beatification and sanctification of Dun Mikiel Attard in 2014 and Gozitan Augustinian Brother Grazzja Cauchi in 2016.

He also approved the first constitution of the Anawim Community in 2013.

The Bishop Emeritus was consecrated Bishop by his predecessor Mgr Nikol Ġ. Cauchi on 22 January 2006 and he had chosen In Fractione Panis as his motto.

His successor, Dun Anton Teuma was consecrated on Friday, becoming the ninth Bishop of Gozo. During the homily, Mgr Grech highlighted that the Church could not afford to remain enclosed within its own walls, but had to go into the streets and serve what has become a “post-Christian” society. 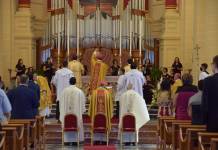 The thanksgiving mass will also be aired on NET TV and Xejk.