The Malta Financial Services Authority has issued €13.2 million in direct orders since 2018, with most of this amount allocated to the renewal of various software licences.

The figures were provided by newly-appointed Finance Minister Clyde Caruana in reply to a parliamentary question by Opposition MP Ryan Callus.

65 of these 111 direct orders concerned the renewal of software licences, and these were worth a total of €7.01 million.

The largest share of direct orders went to US-based firm FTI Consulting, which was awarded €3.42 million through three direct orders. The MFSA had announced that it had partnered with FTI last year to strengthen its financial crime compliance set-up. 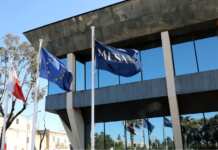 Two other recipients received more than €1 million in direct orders from the MFSA since 2018, both for the renewal of software licences. eWorld Ltd received €1.71 million through 9 direct orders, whereas CSL Ltd was awarded two direct orders worth €1.45 million.

Note: a number of direct orders were issued in US dollars or Pound sterling. For the purpose of this article, they were converted to the equivalent value in euros using historical exchange rates on xe.com.