His blue motorcycle was found only a few metres from his body, according to Córdoba’s Diario El Mundo, the newspaper where he worked.

According to the Committee to Protect Journalists (CPJ), it was common for Valdivia to report on crime and security in Córdoba.

According to CNN News, this marks the fifth murder this year in the country’s somber record of attacks against the press.

On Twitter, the local Government condemned the murder, and insisted that there will be no impunity.

In August 2019, a Mexican reporter in Guerrero state who also served as a municipal official was shot and killed in a beachside resort, the second journalist from the state murdered in less than a week. 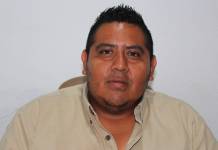