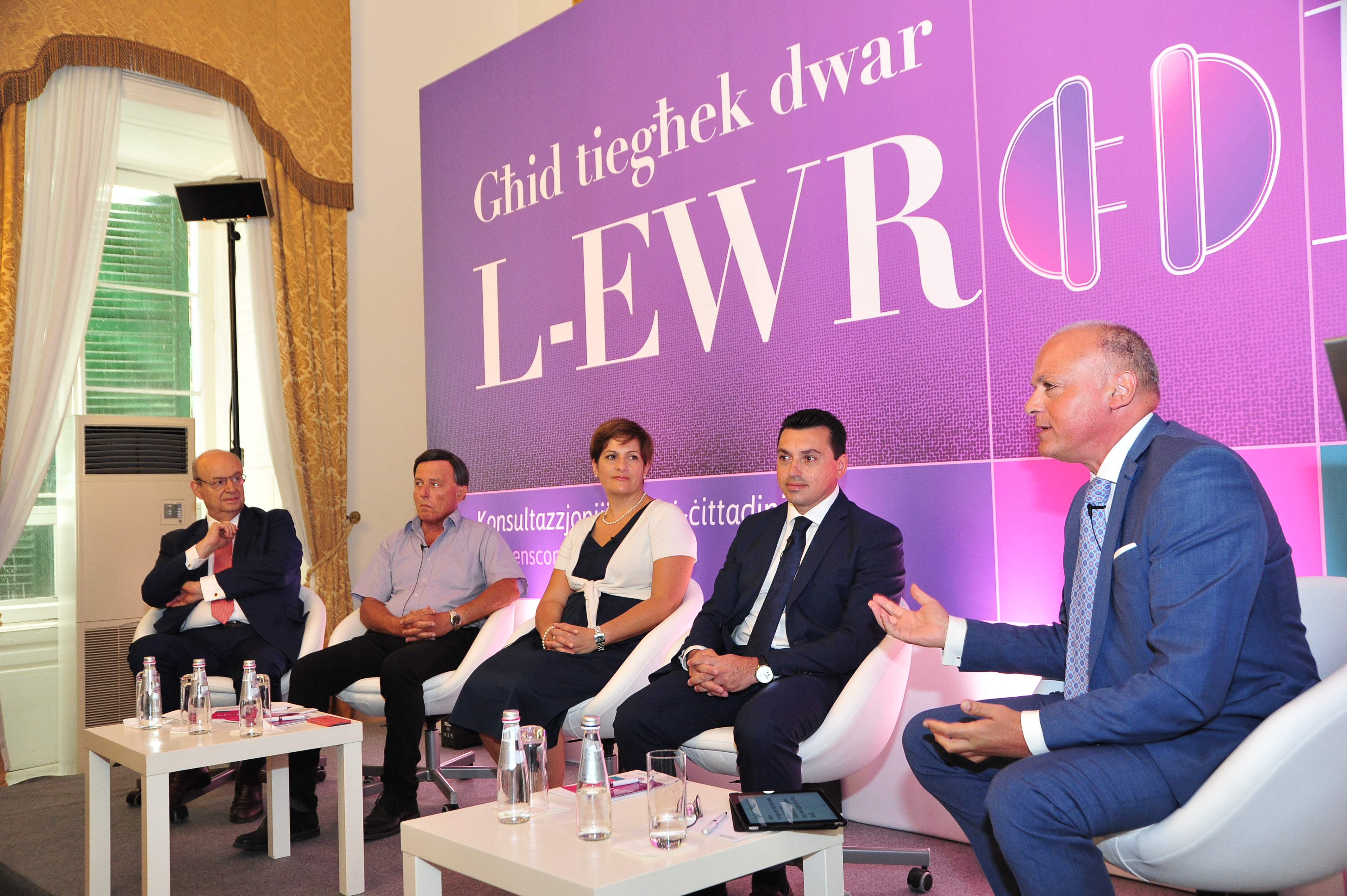 MEUSAC yesterday organised a citizens’ consultation on the future of Europe as part of the consultations taking place in the EU27.

The event was held at Auberge d’Aragon in Valletta.

In her opening address, Minister for European Affairs and Equality Helena Dalli said that Malta welcomed French President Emmanuel Macron’s proposal to discuss with citizens the Europe they want to see as an opportunity to put democracy into practice, along with the other 26 participating Member States.

During a summit in Rome in January, Prime Minister Joseph Muscat had emphasised the need to hear out people with different ideas, including those who did not agree with the EU or who feel excluded from the EU.

Member States excluding the UK are currently holding citizens’ consultations after Mr Macron expressed this wish back in April 2017.

Dr Dalli said that in Malta’s case, MEUSAC has been assigned the task to organise these consultations.

Speaking via live conference, French Minister for European Affairs Nathalie Loiseau said that she is happy to see that the citizens’ consultations are taking place in Malta.
“Europe is facing new challenges; if we want to humanise globalisation, deal with migration or to build our defence and security together we know that we have to act at a European level,” she said.
“So we have to be more ambitious and even more active, but we also know that we are facing a disconnection between the European project and European citizens, which has been there for years.
“We want citizens who feel disconnected from the European project to take the floor and say what they like about the EU and dislike and what more they’d like to see Europe do.”

Those present during yesterday’s event were given the opportunity to ask questions to the speakers present: Parliamentary Secretary for European Funds and Social Dialogue Aaron Farrugia, MEPs Alfred Sant and Francis Zammit Dimech, and the Head of the European Commission Representation office in Malta Elena Grech.

The themes discussed included equality between men and women, the migration problem, poverty, reducing bureaucracy when it comes to decisions taken by the EU so that the benefits of such decisions are felt by the people without delay, safeguarding the environment, and improving relations between the EU institutions and citizens.

Parliamentary Secretary for European Funds and Social Dialogue Aaron Farrugia said it’s a new Europe made up of Member States who have a different vision to how the EU viewed things in the past.

He said he believes that we need to be less romantic about the EU and are more pragmatic.

More consultations are to be held in the coming months with the theme ‘Għid tiegħek dwar l-Ewropa’ with the aim of offering an opportunity for citizens to participate in a wide consultation on issues tied to the future of Europe.