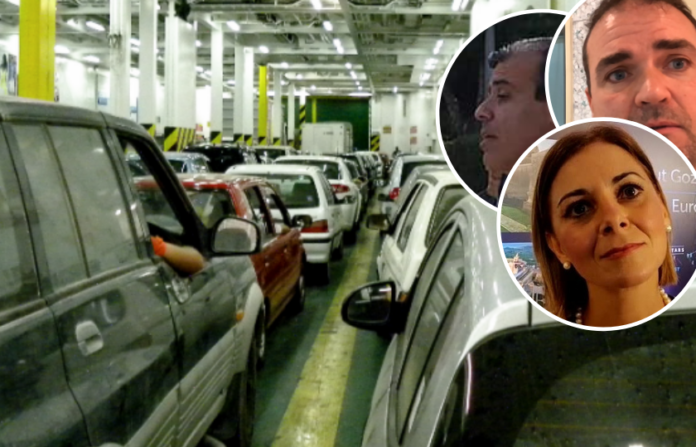 Franco Mercieca, the Chairperson for the Steering Committee for the Gozo Tunnel said that another level of parking on the M.V. Gaudos ferry is “surely” an effective way to reduce accessibility problems. Mercieca offered this solution in a Facebook post due to the logistical problems of having a fourth ferry.

Recently Gozo Minister Justyne Caruana said during a meeting regarding tunnel developments that the issue of accessibility is crucial to Gozo. She described the Gozo Channel as a dinosaur since its start, explaining that this is why the Change Management Review Board was established last year. This is there to modernise the Gozo Channel to help the consumer, as well as analyse other possibilities for the service to be more efficient.

Regarding the fourth ferry which Caruana still believes necessary, the Minister admitted there are certain challenges. She said that the Public Service Obligation of 2011 is being used to analyse the reality at the time. She also said that the new PSO is currently suspended due to Court procedures regarding the fast ferry.

Caruana said that the PSO stipulated three vessels which means that a fourth vessel cannot be added to the fleet without new negotiations. She added that negotiations for an interim agreement are still ongoing.

“We are still trying to find a fourth vessel” – Justyne Caruana

Caruana said that although it is easy to say that a new vessel can be built to match the current port infrastructure, she asked if there should be more investment in a ferry when there will be a tunnel in the future. The Minister said that one can traverse the world and not find a vessel like the ones the Gozo Channel has.

“It doesn’t mean that since discussions are still ongoing about the tunnel, that there are years until it will come, meaning we will just wait until then. There are other things going on but one needs to appreciate that there are limitations.”

Limitations to the old PSO

Among the limitations of the old PSO, the Gozo Channel structures are based on a manual system. Caruana said that a tender for a new electronic ticketing service will also remove waiting time. She said that there also needs to be a revamping of consumer services, flagging up a time when even the Gozo Channel websites were not being updated.

Another limitation to the buying of a fourth vessel is the UHM Voice of the Workers. According to Caruana, there needs to be an agreement with the Union before it can operate. She explained that if the agreement with the Union does not permit a wet lease, with a ferry being rented along with crew, then a dry lease needs to be established with a vessel to rent without a crew.

Newsbook.com.mt asked the CEO of Infrastructure Malta Frederick Azzopardi if this means that private cars belonging to people in Malta will be able to use to tunnel to get to Gozo unless they’re also electric. Azzopardi said that Muscat said that in the future all cars will be electric, so the question would no longer remain relevant.

Caruana said that when it comes to the fast ferry service, she needs to be cautious with her words because every time she says something in public, what she says is used in Court as evidence. She explained that there are ongoing appeals and it is a “no-go” until the cases are concluded.

According to National Statistics Office statistics from 2017, Gaudos can take up to 72 cars, while Malita and Ta’ Pinu hold 138. All three of them can carry 900 passengers.