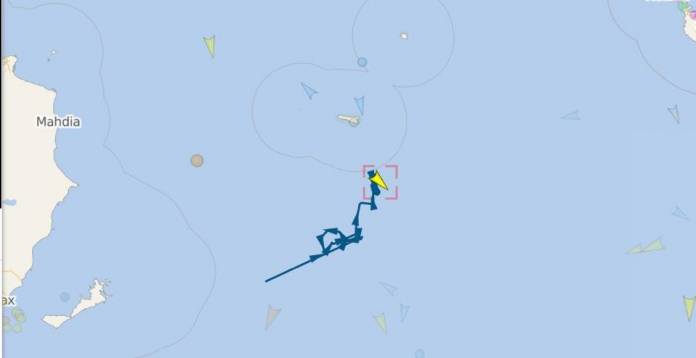 A merchant vessel that rescued 78 asylum seekers which were on board a boat in distress, remains without a port of safety, migrant hotline Alarm Phone said in a tweet. The NGO insisted that the people on board required immediate disembarkation and highlighted that they had already suffered enough.

“Malta and Italy, stop playing these cynical games and let them land,” it wrote.

A government spokesperson told Newsbook.com.mt that a group of around 78 to 90 asylum seekers were rescued following a joint operation by the Armed Forces of Malta and the Italian authorities. He explained that the vessel was waiting for further instructions off Lampedusa.

Earlier Newsbook.com.mt reached out to the Armed Forces of Malta about the situation, however, a spokesperson said that there was no information at this point.

Former OPM employee Neville Gafà published photos of people he claims to be the same ones which were rescued by the merchant vessel. Gafà alleged that over the past few days there were efforts to ensure that their escape from Libya was successful. He added that the migrants had used social networks to ensure their place on a boat.

Sources have told Newsbook.com.mt that the migrants rescued by the merchant vessel would not be transferred to the Captain Morgan vessel chartered by the government where another group of asylum seekers are being indefinitely hosted.

Europa II was chartered by the government to host a group of 57 asylum seekers that were rescued in the Maltese search and rescue area last week. The rescue operation was not carried out by the Armed Forces of Malta, instead a private fishing trawler, Dar al Salam, was used to carry out the mission.

Malta and Italy have both moved to close their ports to humanitarian ships and migrant landings amid the coronavirus pandemic. Malta has stated that it could not ensure the rescue of migrants in its search and rescue region due to limited resources.

Europa II which was loaded with food and supplies before leaving Malta remains 13 nautical miles off the coast of Malta.

According to a government spokesperson the people were in a good health condition.

Amy Borg   June 2, 2020
According to the data published by Eurostat, the EU had 450 million inhabitants in 2018, the third-highest number among G20 countries, accounting for 5.9% of the world population, 7.6 billion inhabitants.

Coryse Borg   June 1, 2020
The completion of the restoration on three statues in Qrendi with a history dating back almost 400 years marks the start of a project which will see Qrendi form part of a new religious tourism route.

Jesmond Saliba   June 2, 2020
With the lockdown now easing, the industry drew up safety guidelines as they wait for the green light for clubs to open.