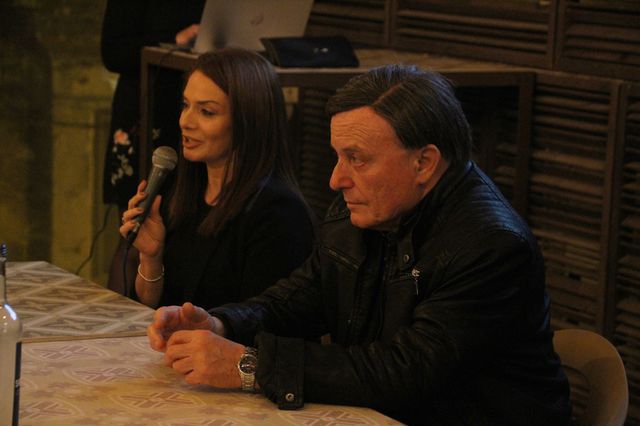 MEP and former prime minister Alfred Sant was adamant that corruption in Malta should be tackled in Malta as he and fellow MEP Miriam Dalli answered a wide variety of questions from members of the public in Valletta.

The two MEPs were speaking in the inaugural edition of the You Ask, MEPs Answer event co-organised by the European Parliament Office in Malta and Junior Chamber International Malta (JCI Malta) and held at Is-Suq tal-Belt.

As one might expect, a number of questions concerned the coronavirus outbreak, with Dalli noting that MEPs were asking for the sharing of best practices and for a stronger emphasis on research – including on the development of a vaccine. Sant remarked that balancing health security and freedom of movement was a challenge being faced across the EU, and both MEPs noted the expected economic impact of the outbreak.

Another key topic was the European Green Deal, with Dalli stating it was more a rethink of existing policies than a new way of doing things. She noted that member states – Malta included – have been too focused on economic growth, often at the cost of living conditions and environmental protection.

However, the MEP – who spearheaded legislation to reduce car emissions which became EU law last year – emphasised that protecting the environment was essential and should not be compromised in the quest for economic growth.

Both MEPs also answered questions on the UK’s departure from the EU.

“Brexit is done but not yet. Now we’re in negotiations,” Sant said. He noted that while the EU would insist on the convergence of rules, the UK wanted a Canada-style free trade agreement, and that consequently, discussions on fisheries, financial services and the Irish border were expected to be particularly difficult.

On her part, Dalli stressed that Brexit should spur discussion on the future of Europe,

“It is easy to criticise, but what do we suggest for the future, and how do we expect to achieve it? We, especially young people, need to feed into this,” the MEP said, expressing hope that an upcoming Conference on the Future of Europe would take into account all different possibilities – including federalism.

On migration, Sant explained that an EU-wide policy was still being discussed, with the current policy including deterring people from taking the irregular migration route, which “sounds inhuman, but is part of the policy.” He noted that Malta and other countries on the EU’s southern borders faced huge problems in managing migrant arrivals, but not all member states have been willing to accept shared responsibility.

The two were also asked on what was required to become an MEP, with Dalli stating that one “should want to make a positive difference, and to be determined and energetic.”

She said that starting young also helped, since many opportunities were available to young people in the EU. On his part, however, Sant said that a life experience one can bring into politics was a necessary asset.