The European Parliament gave its consent to the EU’s next Multiannual Financial Framework, the bloc’s long-term budget for 2021-2017.

Parliament’s negotiation efforts led to €15 billion in top-ups for various EU flagship programmes, of which €11 billion are to be mainly drawn from competition fines levied on companies which do not comply with EU rules. €4 billion will be financed from reallocations and margins within the MFF, and €1 billion will be set aside to address any future needs and crises.

EP negotiators also devised a roadmap to introduce new own resources – the main sources of revenue for the EU budget – in the interinstitutional agreement. In addition to the new contribution based on unrecycled plastic that will be made as from next year.

But the roadmap also includes an own resource based on an emissions trading system and a digital levy which should be introduced in 2023. More contentious proposals are set to be introduced in 2026: an own resource based on a financial transaction tax and either a financial contribution from the corporate sector or a new common corporate tax base. 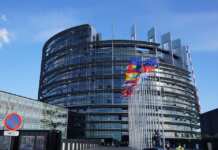