The Federation for Hunting and Conservation (FKNK) made Labour MEP Alex Agius Saliba an honorary member in recognition of his “valuable work and continued dedication… to safeguard the traditions of sustainable hunting and trapping.”

The MEP was treated to a ceremony at the Razzett tal-Bagħal in Buskett, a 17th-century farmhouse which was restored by the government and transferred to the FKNK. It serves as the base of an FKNK project with the aim of reintroducing the barn owl as a breeding species in Malta.

The honour came with an oil painting depicting a turtledove – a popular quarry for Maltese hunters, though its hunting is presently banned due to declining numbers – painted by FKNK member John Borg.

Agius Saliba delivered a short speech in which he thanked the FKNK for the recognition.

“The biggest thank you, however, is that over the last year they have been a firm support for me in safeguarding the practice of sustainable hunting and trapping at European level,” he said. “I am committed to continue working with the FKNK during this legislature to continue to promote sustainable conservation practices as well as the practice of the Maltese traditions of hunting and trapping in our country.”

The federation’s chief executive Lino Farrugia responded by thanking the MEP, stating that it understood how difficult it was to work at that level “due to the misleading information regarding hunting and trapping in Malta and Gozo that is constantly brought to Brussels by certain Maltese entities and individuals.”

Last year, Agius Saliba was elected vice-president of the EP’s intergroup on “Biodiversity, Hunting, Countryside,” which primarily seeks to promote the interest of hunters from across the EU.

Agius Saliba will be a member of the EP ‘Hunting Intergroup’ 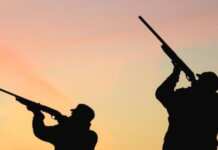