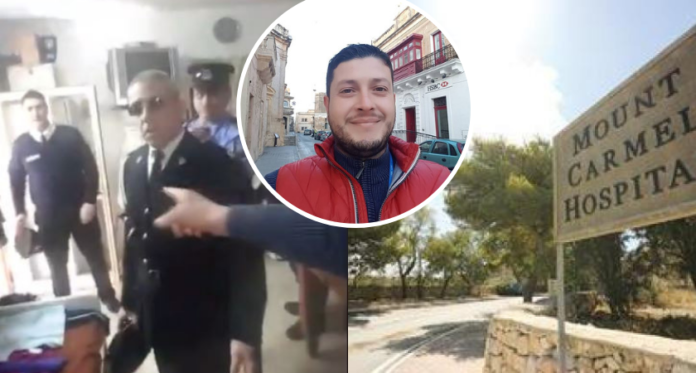 The Commissioner for the Promotion of the Rights of Persons with Mental Disorders said that the case of former Police Officer Mario Portelli is being investigated.

Newsbook.com.mt contacted the Commissioner and asked if any investigation is ongoing regarding the case to establish if procedures were adhered to when a person is taken to Mount Carmel Hospital.

Saturday, the Alliance for Mental Health (A4MH) asked for an investigation into the fact that Police took Mario Portelli to Mount Carmel Hospital. In a statement, the Allienace did not mention Portelli by name, while the Partit Demokratiku did. A4MH wrote to the Commissioner for Mental Health, the CEO of Mount Carmel Hospital, and even the Chair of the Governing Board of the Malta Police. The PD also asked if the Police are fulfiling their duties or not.

In a response by the Office of the Commissioner to Newsbook.com.mt‘s questions, the Office said that it was officially informed of the case and that as an office they are following the case to see if the patient’s rights were protected.

Portelli, a former Police Official, uploaded videos on social media making serious allegations about the Prime Minister Joseph Muscat, saying he lied under oath regarding the Panama Company, Egrant. In a video shared online on the 22nd February, Portelli said that the Police, who are visible in the video, were there to take him to Mount Carmel Hospital. In the video Portelli is seemingly being taken by force and with no medical professionals present.

Portelli, who had the number of PC99, was the main witness in the case against former Police Inspector, now lawyer, David Gatt. He was already taken to Mount Carmel Hospital in the past. Portelli recently started using social media to upload live videos with messages which are, at times, difficult to understand. Gatt was mentioned by Portelli in relation to the assassination of journalist Daphne Caruana Galizia in one of his videos.

Gatt was liberated of his involvement in the HSBC case as Portelli’s testimony was discredited on the basis of mental health issues.

Vince Muscat (il-Koħħu), one of the three men charged with Caruana Galizia’s assassination was one of the people arrested along with Gatt due to the robbery.

Last January, Portelli said he had evidence of links between Gatt, Economy Minister Chris Cardona, and the assassination. He was then taken to Mount Carmel Hospital at the time. Newsbook.com.mt had contacted the Police when sources informed this newsroom of a number of Police outside Portelli’s home, with the police spokesperson calling it “Police activity”.