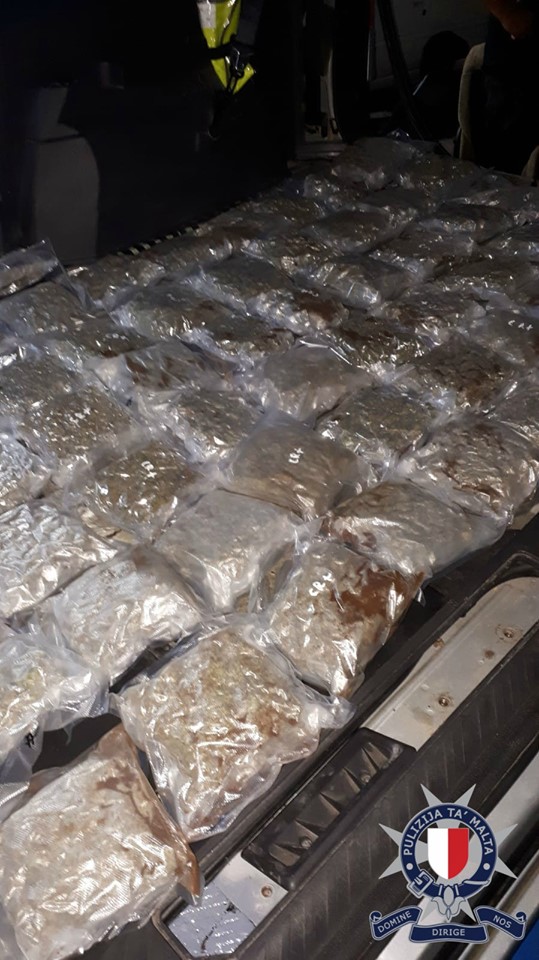 Two brothers were remanded in custody on charges of smuggling 31kg cannabis which were discovered inside their vehicle upon their arrival from Pozzallo.

The two Romanian men aged 19 and 21 pleaded not guilty during their arraignment in a court presided over by Charmaine Galea on Friday. They were charged with trafficking and aggravated possession of cannabis.

The men were arrested during the night between Wednesday and Thursday after drugs were found in a compartment beneath a false bottom of their vehicle they were driving in Marsa.

Magistrate Charmaine Galea presided over the case. Police Inspectors Mark Mercieca and Justine Grech prosecuted while lawyers Alfred Abela and Francois Dalli were defence counsel. Bail was not requested at this stage.