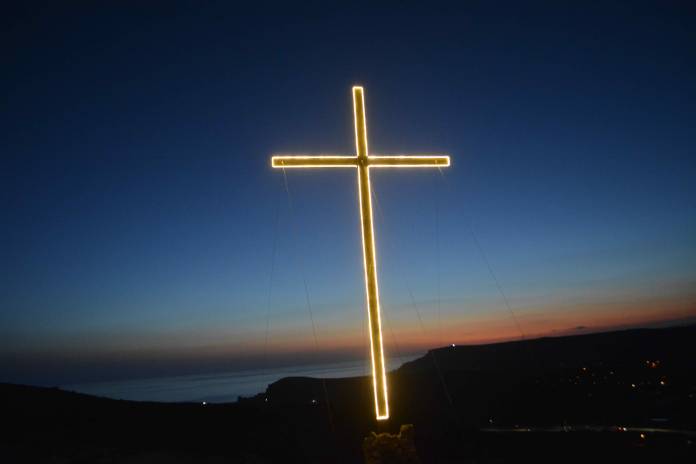 The large cross on a Mellieħa hill was placed back on site on Wednesday evening after a decision by the Planning Authority ordering the removal of the large cross by fireworks enthusiasts has been reversed following the intercession of the Prime Minister and the town’s two MPs.

The Mellieħa Fireworks organisation Marija Bambina each year places the cross during the holy week and they remove it shortly after but this year they decided to keep it in place as a gesture during the challenging times our country is going through due to the coronavirus pandemic. The decision was also approved by the locals.

But since the temporary structure was not covered by a permit, and after a report was filed, the Planning Authority issued an enforcement notice, demanding that the cross be taken down.

After a photo was uploaded on Facebook showing the Mellieħa Fireworks members removing the cross , a public outcry arose over the enforced removal.

On Wednesday the fireworks’ society president Toni Caruana confirmed to Newsbook.com.mt, it took the intervention of Prime Minister Robert Abela himself as well as that of two Mellieħa MPs – Parliamentary Secretary Clayton Bartolo and opposition whip Robert Cutajar – to reverse the PA’s decision. 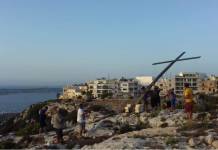