A cyberattack on one of the major internet providers has led to an outage across several localities.

Melita users have reported their internet was down on Wednesday afternoon with the company announcing that its services were disrupted due to a DDOS attack by cyber criminals.

Writing on Facebook, the company said that it was implementing mitigation measures to counter this attack, adding that ‘no systems were penetrated or breached’.

The company said it invests substantially in cybersecurity to ensure service continuity and protect customer information in the context that such cyber attacks are becoming increasingly common.

This is not the first time that a Maltese company was the target of a cyber attack. In 2019, Bank of Valletta suffered a cyberattack in which some €13 million were stolen. 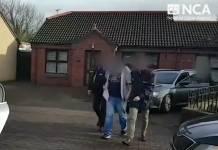 In a later update, Melita said that it had largely mitigated the DDOS attack by 6pm, and that while the attack was still ongoing, customer services were returning to normal.

It said that such attacks were often attempted, but added that today’s incident was “one of the most sophisticated yet.”

“This is a global phenomenon of criminals seeking to extract money which affects operators around the world,” the company said.

Melita added that such attacks were typically dealt in the background, with customers none the wise about what was happening. Today’s incident was an exception, but the company pointed out that its systems were able to largely mitigate it in a few hours, and that customer data was kept safe.

Melita grows TV subscriber base to more than 100,000