The specialist associations and colleges of Malta have issued a strong condemnation of a judicial protest filed by Covid-19 sceptics, stating that the last thing that was needed at this time were “frivolous and ludicrous stunts.”

In a statement issued with urgency by the Malta College of Pathologists on behalf of 13 associations and colleges representing medical specialists, the protest’s authors were described as “a group of highly irresponsible persons who have put forward a hotchpotch of senseless allegations that completely lack scientific basis and which are very dangerous in a climate that is already fraught with mixed messages.” 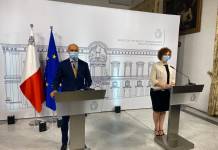 They emphasised that every single assertion made in the judicial protest “has been debunked by irrefutable scientific evidence.”

The associations observed that it was untrue that Covid-19 was no more serious than influenza, with its mortality rate at least ten times higher. They also emphasised that an increasing number of publications continued to confirm the protection afforded by the wearing of masks and of the importance of social distancing.

Additionally, the PCR test used for Covid-19 remained the gold standard of testing, and the protestors’ claim that the test had a false positivity rate of 90% was “simply beyond rational comprehension.”

“And if this group wants ‘clear and realistic reason(s) for the cause of deaths of people who succumbed to COVID-19’s effects’, they only need to talk to our colleagues in intensive care and infectious diseases, who care for these sick patients on a daily basis and will tell them very clearly whether COVID-19 is a hoax or not,” they said.

In contrast to the claims the protestors made, the associations emphasised that the measures currently in place were actually not enough to bring down the number of infections, hospital admissions and deaths.

While Health Minister Chris Fearne had described the situation as under control because the number of new cases were stable, the associations said that they were not satisfied with this because the numbers remained far too high. Mater Dei Hospital was struggling to cope with seriously ill Covid-19 patients, which had a negative effect on the wellbeing of the entire population through the curtailing of many services. 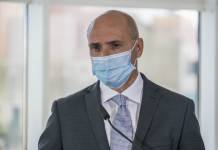 “It is crucial at this junction that everybody works together to ensure that our control of this virus is improved to avoid more negative effects on our health and the economy. At a time when the availability of a vaccine is on the horizon, the last thing we need are frivolous and ludicrous stunts.”

The statement was endorsed by the following organisations:

The Medical Association of Malta had similarly issued a strong condemnation of the protest. 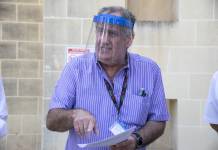