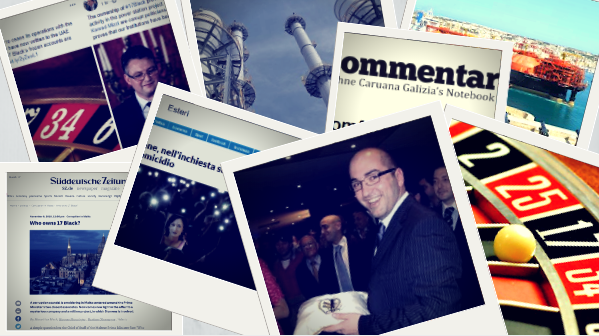 Following the revelations in Times of Malta (ToM) and Reuters that the elusive Dubai company 17 Black is the property of Yorgen Fenech, international reaction to the story have started to take momentum. The identity of the owner of 17 Black was revealed following an investigation on the FIAU report David Casa published in July this year. 17 Black is the Dubai company that was to funnel €150,000 monthly to the Panamian companies of Tillgate and Hearneville, owned by Minister Konrad Mizzi and OPM Chief of Staff Keith Schembri. These have, meanwhile divested themselves of the offshore companies named.

In a statement under the European People’s Party letterhead, PN MEP David Casa said that two months ago, he had called on Noor Bank to investigate the activity of its client – 17 Black. He said that he had provided Noor Bank with evidence of 17 Black’s involvement in criminal activity. “I have now written to the UAE Central Bank to safeguard those funds and have them subsequently returned to the Maltese people” said Casa. “ The ownership of 17 Black proves large scale corruption and criminal activity in the power station project. It proves that Keith Schembri and Konrad Mizzi are corrupt politicians stealing from the Maltese people. And it proves that our institutions have been captured to protect them” concluded Casa. 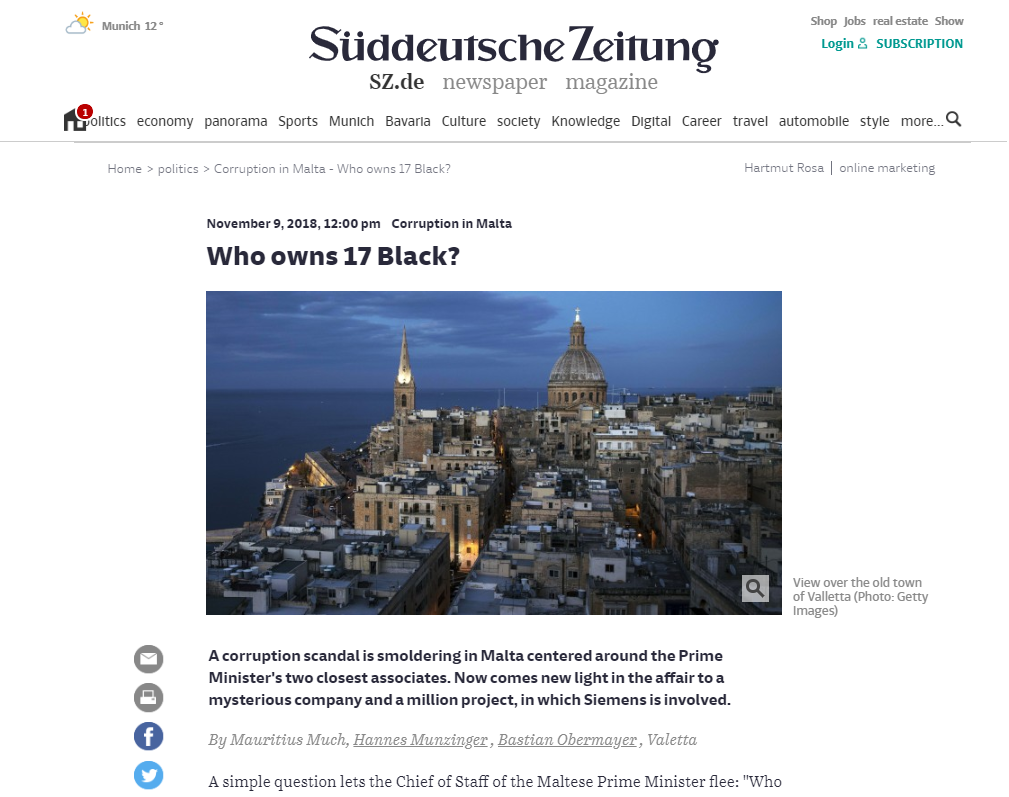 As part of the Daphne Project, of which ToM and Reuters are, among others, also part, Suddeutsche Zeitung said that when door stepped with the question ‘Who owns 17 Black?’, OPM Chief of Staff Keith Schembri was ‘visibly uncomfortable’. If, said SZ, he knows the answer to the journalist’s question, it could cost him his job, or even freedom.

SZ asked: If Yorgen Fenech is, actually, the owner, it leads straight to the next question: Why do the advisers of the two politicians (Schembri and Mizzi) expect that Fenech’s company wants to transfer the two money – and concealed, via Panama (Tillgate and Hearneville)? It remains unclear, continued SZ,  whether ever ever money to the Panama companies flowed. In any case, plans to open accounts for the politicians’ two shell companies were put on hold when the Panama Papers revelations began. 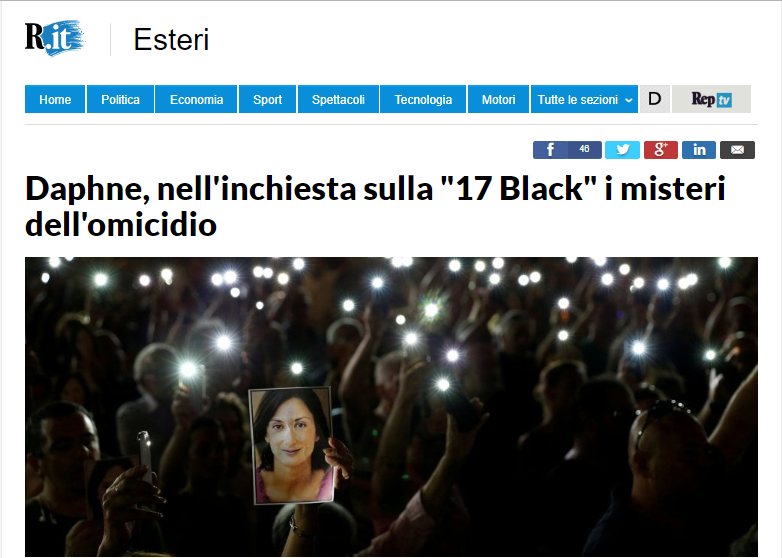 Also a member of the Daphne Project, La Republica too carries the story with prominence. It focusses onn replies and positions taken by Keith Schembri and Konrad Mizzi regarding 17 Black, saying, quite sarcastically, that Mizzi and Schembri were actually a great help.  La Republica said that Schembri had, last April, explained to the Daphne Project that his Panamian company had formulated a business plan with 17 Black, but the plan had never been taken to port. Now, Said La Republica, he denies knowing of 17 Black and Yorgen Fenech and ‘in any case he had no role in the construction of the new power station in Malta’ and so could not derive any profit therefrom. Even more conclusive, said La Republica, is Konrad Mizzi who denied all knowledge of 17 Black. Not impressed, La Republica writes “Fenech, Mizzi e Schembri cadono insomma dal pero. Conviene prenderne atto.” 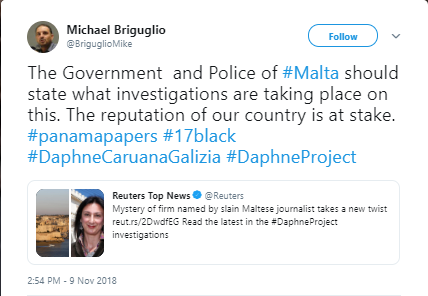 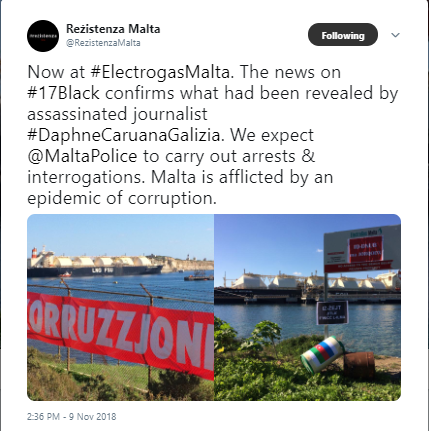 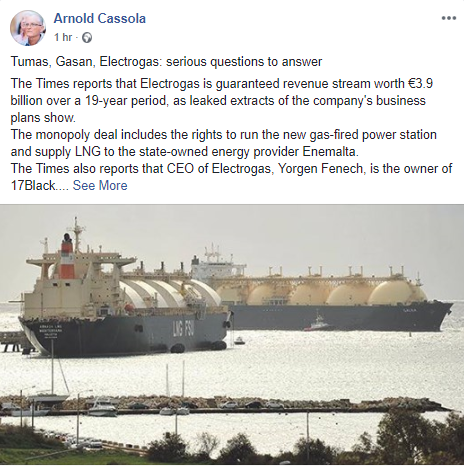 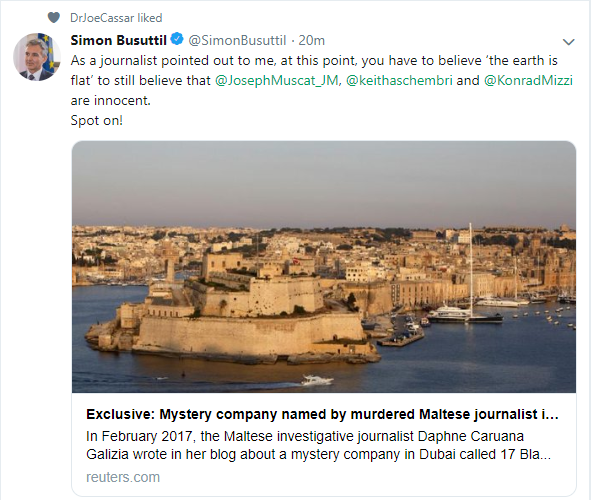 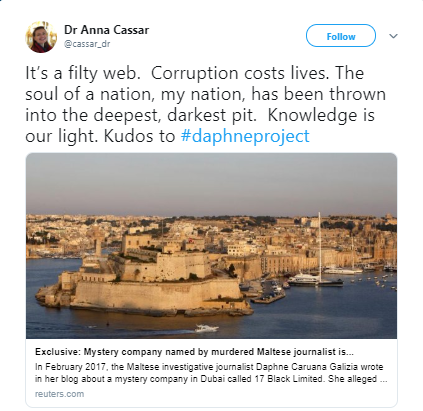 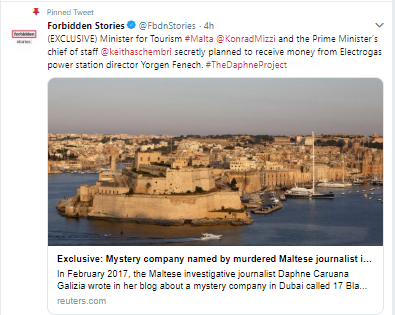 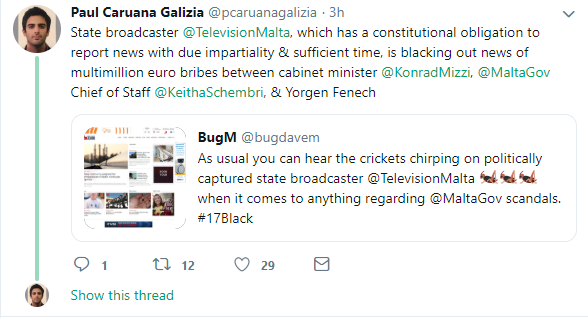 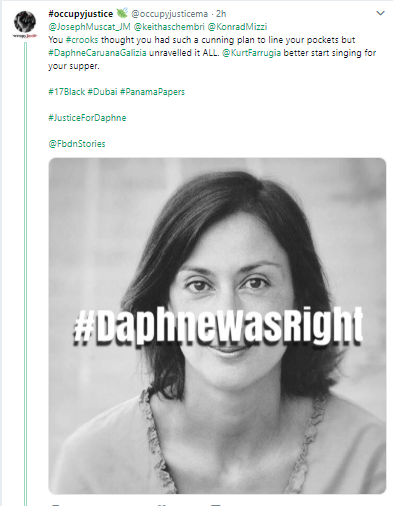 No ‘smoking gun’ in wartime archives of Pius XII on Holocaust, Vatican says

Reuters   February 20, 2020
Jews have for many years been seeking transparency from the Vatican on its actions during the Holocaust, and the order from Pope Francis to open the archives will allow historians and other scholars to peruse them for the next few years.

Gunman suspected of killing nine in Germany had far-right views

Jesmond Saliba   February 20, 2020
The motive for the shootings is still unclear.