The Malta Employers’ Association (MEA) stated that although the boost in the latest measures addresses particular sectors of the economy, this is necessary since not all sectors have been, thus far, affected to the same extent, with tourism and related sectors being at a standstill.

The MEA issued its reaction to the new financial package announced on Tuesday. The package is aimed at addressing the economic impact that the coronavirus situation is imposing on businesses and employees.

In a statement, the association gave an overall positive reaction to the new measures however, it appealed for continuous dialogue to review the financial package as necessary to reflect the continuous changing circumstances in different economic sectors.

As an Association that represents employers in all sectors of the economy, MEA stated that it will continue to urge employers to adopt strategies of job retention to keep any redundancies to a minimum. 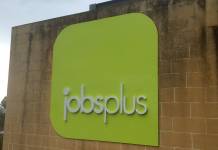 The new measures guarantee a minimum income for those employees working in sectors which have been hardest hit, the GWU noted. It added that the first two financial packages were aimed at having liquidity while the third package was aimed at directly assisting employees.

The union said that it was in agreement with the government when it was cautious about the various incentives, adding that one needs to ensure that incentives are sustainable and will not lead the country into financial trouble later.