The Malta Employers Association has condemned the government’s decision to offer jobs in the public sector to sacked Air Malta pilots at a guaranteed take-home pay.

In a statement on Friday, the association maintained that this approach was flawed on many counts, as it reacted to a statement by Economy Minister Silvio Schembri who announced that former Air Malta pilots will be given a job in the public sector at the same take-home pay calculated in their collective agreement.

69 pilots were made redundant in June, after talks between the national airline and the pilots’ association failed.

A week ago, ALPA, the pilots’ association filed judicial proceedings against the government after the latter failed from honoring contractual obligations which it had entered into by means of an agreement signed by disgraced then-Tourism Minister Konrad Mizzi on 26 January 2018. 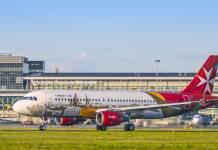 The decision contradicts any notion of equal pay for work of equal value, the association highlighted, noting that it would create relativity issues wherever these ex-pilots are posted.

The association claimed that the condition for a take-home pay guarantee was not included in the main body of the collective agreement, and that it was made by “stealth” as a side letter.

“This raises serious governance questions, as side letters usually address personal issues and do not involve major condition of employment,” the statement reads.

Referring to the coronavirus pandemic and impact it had on the economy and businesses in general, the MEA argued that the agreement is unjust, with pilots granted “an automatic right to alternative employment with identical conditions if they become redundant, while others in the private sector who lose their jobs have to queue in the unemployment line.”

The MEA lambasted the agreement saying that it would be an unnecessary drain on public funds as it warned against the repercussions it could have in collective bargaining in the private sector.

“If Air Malta is foreseeing a recovery in the not too distant future, which may require to employ pilots, it might have more sense to negotiate a reasonable COVID fallback package, rather than resort to this measure.”