The need of new and better grant schemes for the installation of PV panels, particularly through the use of EU funds, to encourage residents to depend less on fossil fuel energy was raised during a meeting between the Renewable Energy Section (RES) of the Malta Developers Association (MDA) and Energy Minister Michael Farrugia.

In a press statement, MDA said that ideas on how residents who do not own a roof can participate into collective solar energy projects, the need of better financial incentives through better feed-in tariffs offered by Enemalta and the establishment of a one-stop-shop for renewable energy projects to facilitate the further development of solar energy farms, were discussed during the meeting.

The RES said that it has emphasised with Energy Minister the need of close collaboration between the government and the private sector due to the various challenges the island has particularly with regards to reaching stringent EU targets and climate change.

On Saturday, Alternattiva Demokratika called for the government to urgently move from words to action regarding climate change. 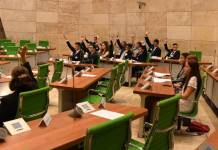 Alternattiva Demokratika has also described the ‘National Energy and Climate Plan’ and ‘The National Air Pollution Control Programme’ as a joke, saying they have very low targets, vague words, and no concrete proposals or binding policies. 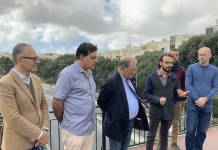 Even the Nationalist Party has warned the government to take immediate action to come up with proposals to address climate change which is also affecting Malta. In October last year, Maltese Parliament unanimously approved the declaration of a climate emergency in Malta.

The Nationalist Party said that despite Parliament’s declaration, everyone is still waiting for the Labour Government to propose its solutions.