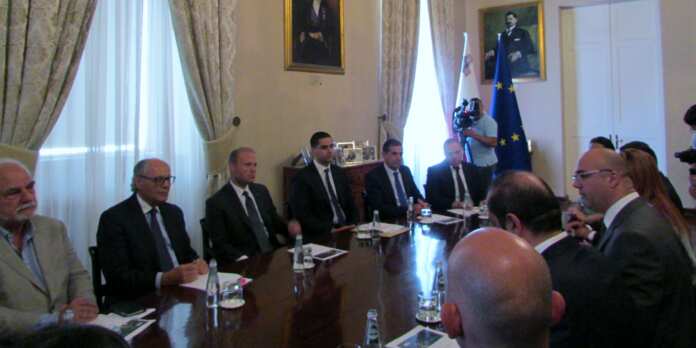 The Malta Developers’ Association (MDA) has proposed a public-private partnership (PPP) between developers and the government to provide affordable apartments for rent at €300 to €400 a month. This was one of the proposals put forward to the Prime Minister (PM) by the Association’s President Sandro Chetcuti, during a pre-budget meeting.

Chetcuti also proposed that construction workers who possess a skill card get a 20% raise in the minimum wage they earn.

Furthermore, Chetcuti said that MDA felt responsible for helping the less fortunate, the 20% who cannot yet afford their own property. This is due to the fact that they cannot borrow money from the bank as they lack the 10% needed to borrow the funds. Thus, the MDA proposed that future home owners could strike deals with property vebdors where the vendors themselves act as guarantors.

The PM thanked MDA for their “positive proposals”, going on to say that they are “leading by example”.

Amy Borg   March 26, 2020
The Nationalist Party to address a press conference on COVID-19.

Reuters   March 26, 2020
France now has nearly 20,000 confirmed cases of coronavirus and the death toll stands at around 860. Two in every five of the country's 5,000 intensive car beds are already occupied by coronavirus patients.