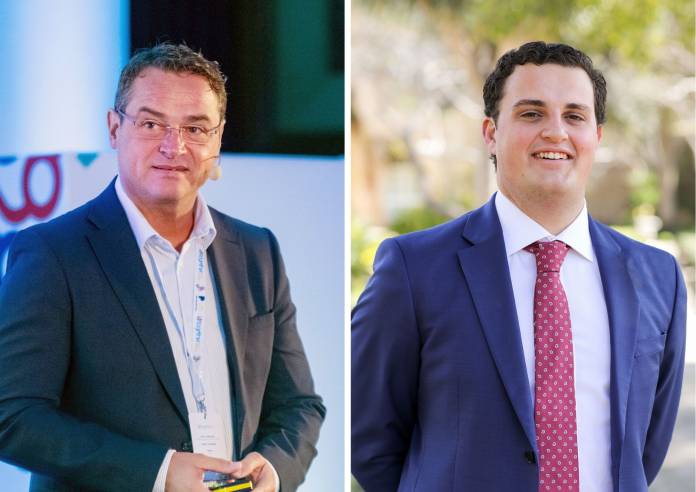 Premier Capital plc, the Maltese-owned developmental licencee for McDonald’s in six European markets, has named new managing directors for its operations in Romania and Malta from the 1st July 2020.

Paul Dragan, currently Managing Director for Malta, will relocate to Bucharest to assume leadership of the Romanian market where the company operates 85 restaurants nationwide. He succeeds Daniel Boaje who is leaving the company after a successful 23-year career with McDonald’s in Romania. Peter Hili, currently serving as Business Consultant for the Malta market, has been promoted to Managing Director.

Dragan, who moved to Malta in 2018 to lead the nine-restaurant network on the islands, was previously Director of Operations in Romania since 2011. He began his career with McDonald’s in Romania in 1995 as trainee manager, and later become restaurant manager. He was appointed business consultant after five years, and later operations manager. Throughout his career, Mr Dragan has also worked with McDonald’s in the US and Canada.

Hili graduated from the University of Malta in 2016 with an Honours degree in International Relations. After some time on the staff of the Embassy of Malta in Washington DC as a Policy Officer, he relocated to Canada for a placement with McDonald’s in Ottawa. He was appointed Restaurant Manager at McDonald’s Bay Street in Malta the following year. Hili, the elder son of Premier Capital Chairman Melo Hili, became a business consultant for Malta in 2019.

“The board and management team are incredibly proud of the new managing directors we are announcing today,” Melo Hili said, “Both Paul and Peter are deeply passionate about McDonald’s, the service levels we deliver to customers, and the experiences with which we provide our diverse talent pool. Paul is a McDonald’s veteran in his own right and the dynamism he has brought to the team and the operation in Malta over the past two years has translated into excellent business results and the development of a group of people with great potential. Besides the operational experience Peter has gained, he has been immersed in the McDonald’s culture for many years now. We are delighted to see him progress to an important leadership role within the group.

“On behalf of the entire Premier Capital family, I thank Daniel wholeheartedly for the projects that we have developed together in Romania, particularly since the group acquired the market in 2016. Daniel’s leadership of the Romanian team and his expertise contributed significantly to the growth of our largest market and to the management of our business in the difficult times we have faced in the first half of 2020. We wish him all the very best.”