The Malta Community Chest Fund Foundation is holding a 12-hour fundraising telethon in a bid to make up for a shortfall in donations brought about by the Covid-19 pandemic.

President George Vella had announced the fundraiser last month, noting that the pandemic had forced the cancellation of various fundraising activities in aid of the MCCFF, not least Rockestra, which is generally held in September.

The decision was not without controversy, with ALS campaigner Bjorn Formosa arguing that through a second “Istrina,” the foundation was hindering the fundraising of other charities which were similarly affected by the pandemic. A long-planned fundraiser for Dar Bjorn, a residential facility for people with ALS and other neurological conditions, is scheduled for next week. 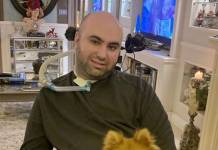 In an indirect response, however, President Vella acknowledged that other charities were also badly hit, but added that it was not ‘”a race or a competition, but a beautiful exercise of national solidarity over a number of weeks, where various philanthropic organisations are all playing their part for the benefit of society.” Vella said. “One does not go against the other.”

Donations can be made through the following numbers:

Citrus Festival, a success once again