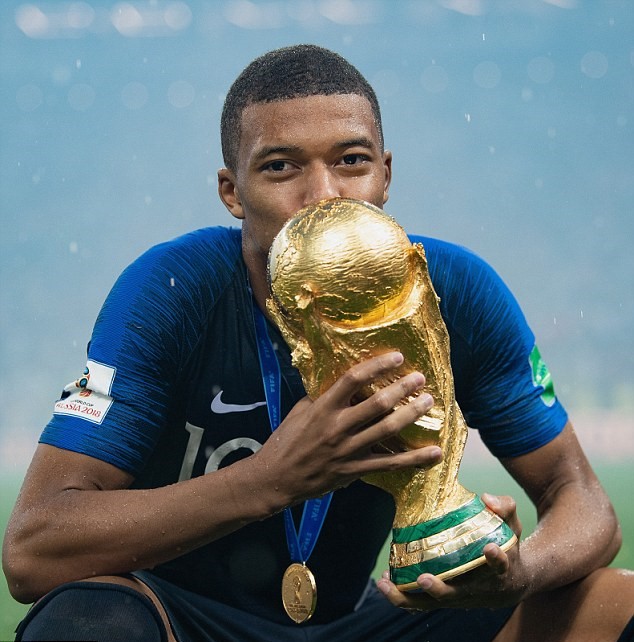 Kylian Mbappe was voted “Best Young Player at the World Cup” after his outstanding performances helped France lift the trophy in Russia. The 19-year-old striker became the second teenager to score in a World Cup final after Brazilian Pele managed the feat in 1958.

Many believe that the former Monaco player can reach the heights set by Cristiano Ronaldo and Lionel Messi throughout the past decade. Mbappe has also been linked with a summer move to Real Madrid as the Spanish club has started searching for a new Galactico following Ronaldo’s farewell. However the World Cup champion has dismissed such reports and stated that his future for now lies in Paris.