Fortina Investments has strongly condemned comments made by St Julian’s Mayor Albert Buttigieg when the latter expressed serious concern regarding the building of a ferry pontoon in Balluta. Buttigieg had observed that the manner in which the application was being treated was giving rise to suspicions of “behind-the-scenes negotiations by the wealthy and powerful developers”.

In a statement on Sunday, Fortina Investment claimed that the mayor was conducting a misinformation and smear campaign. It warned that it reserved its right at law to take action in relation to the defamatory comments made to the press the day before.

A spokesperson for the company said that it was unacceptable that the locality mayor was accusing the company of “corrupt practice” and that others are spreading untruths through the media and social media. “No business should be subjected to such a baseless and malicious campaign when it has done everything by the book,” the statement reads.

“It is being alleged that we are negotiating an underhand deal behind people’s back. This is the worst lie of all,” the statement reads. 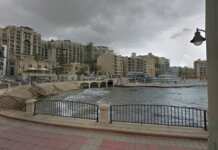 The company explained that the temporary landing pontoon is not located in the vicinity of the Balluta sandy beach. It reiterated that this has no impact on bathers.

The vessels which will be used in this project will be “new eco-friendly” boats, which Fortina explained that these vessels were complaint with the highest emission and environmental standards.

KSU lambasts detention of migrants as “illogical”; Calls for disembarkation

Construction workers claim they have not been paid for months