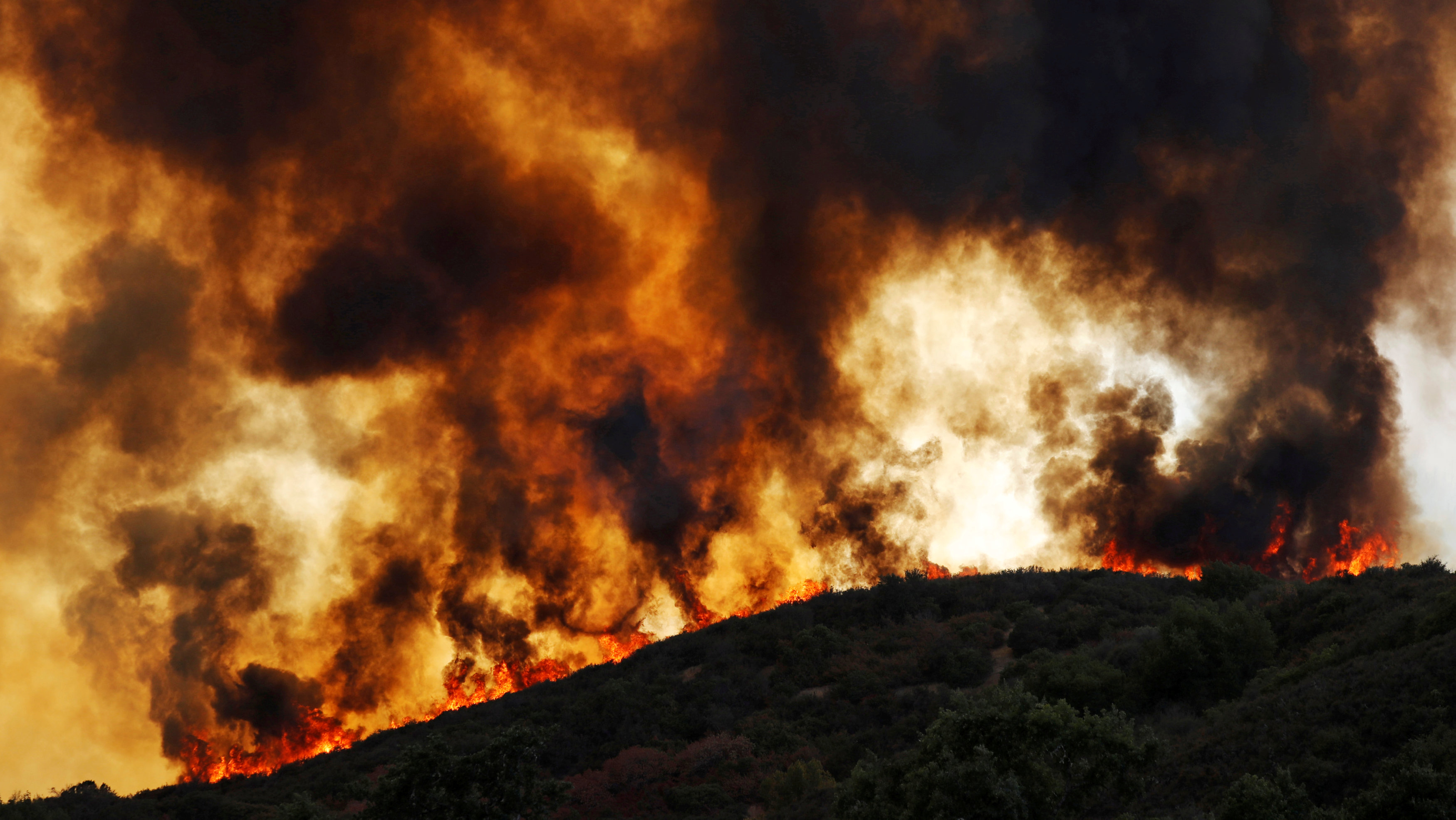 California’s biggest wildfire on record raged on Tuesday as hot and windy conditions challenged thousands of fire crews battling eight major blazes burning out of control across the state.

The Mendocino Complex grew to span 283,000 acres (114,526 hectares) on Monday when two wildfires merged at the southern tip of the Mendocino National Forest, the California Department of Forestry and Fire Protection said.

It is the largest of eight major fires burning out of control across California, prompting U.S. President Donald Trump to declare a “major disaster” in the state.

The size of the fire has surpassed that of last year’s Thomas Fire, which burned 281,893 acres in Santa Barbara and Ventura counties when it destroyed more than 1,000 structures.

The Mendocino Complex has burnt 75 homes and forced thousands to be evacuated.

Temperatures could reach 110 degrees (43 Celsius) in Northern California over the next few days with gusty winds fanning the flames of the complex, a National Weather Service meteorologist said.

The 3,900 crews battling the Mendocino Complex on Monday were focussing on keeping flames from breaking through fire lines on a ridge above the foothill communities of Nice, Lucerne, Glen Haven, and Clearlake Oaks, said Tricia Austin, a spokeswoman for Cal Fire.

Elsewhere in California, evacuations were ordered for cabins in Cleveland National Forest canyons in Orange County on Monday afternoon after a blaze broke out and quickly spread to span 700 acres (283 hectares).

The Carr Fire – which has torched 164,413 acres in the scenic Shasta-Trinity region north of Sacramento since breaking out on July 23 – was 47 percent contained.

The Carr Fire has been blamed for seven deaths, including a 21-year-old Pacific Gas and Electric Company lineman Jay Ayeta, whom the company said on Sunday was killed in a vehicle crash as he worked with crews in dangerous terrain.

“California wildfires are being magnified and made so much worse by the bad environmental laws which aren’t allowing massive amount of readily available water to be properly utilized,” Trump wrote on Twitter.

A California Department of Forestry and Fire Protection spokesman declined to comment on Trump’s tweet but said crews did not lack water to fight the flames.

Environmental activists and some politicians say the intensity of the state’s wildfire season could be linked in part to climate change.