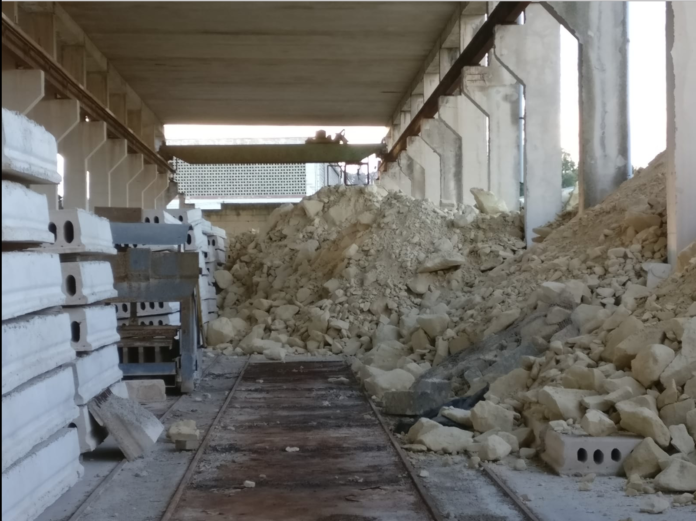 Prime Minister Joseph Muscat announced that a large plot of land in Ta’ Qali will be developed into a park, as part of a €20 million project. Part of the  plot to be developed was last December the subject of an  exclusive investigative report by Newsbook.com.mt. Our journalists revealed that Maltese building contractors were illegally dumping tons of illegal construction waste in an area as large as the Ta’ Qali National Stadium.

On Friday Parliamentary Secretary for Planning and the Property Market Chris Agius confirmed Newsbook’s reportage. He said that after several reports of illegal dumping of waste this zone of Ta’ Qali, the Planning Authority immediately launched an investigation which concluded that the zone in question was used for the manufacture of precast concrete in the past. Newsbook revealed that the factory in question was Southern Concrete Ltd.

Parliamentary Secretary Agius explained that the first action taken by the Authority was the removal of public danger, as the zone was freely accessible. He said that action to remove abandoned machinery was also taken.

Newsbook.com.mt had also reported that although a police car near the Aviation Museum had stopped one of the trucks involved in the illegal operation on November 16, 2018 no one was prosecuted. The police moreover denied this encounter although Newsbook journalists witnessed a police car stopping one of the trucks while three other trucks were illegally dumping construction waste a couple of hundred meters away.

The illegal operation, which was not the first of its kind, was aborted immediately after. During a similar operation held in October trucks kept on dumping construction wastes till early morning.

“Giving the land back to the people”

Parliamentary Secretary Agius said on Friday that this area is now being given back to the people and will be enjoyed by the general public.

Prime Minister Joseph Muscat repeated the same message. He said that this investment is a practical illustration of the government’s commitment to give families, youths, children and the elderly open spaces that can be enjoyed by all of them.

The Prime Minister explained that this project began when the government recognised the potential of a zone that had previously been used as a factory and that was unfortunately subject to abuse, and instead of giving it away for the creation of another industrial space, it was decided to give it to the public to join the rest of the existing open space in Ta’ Qali.