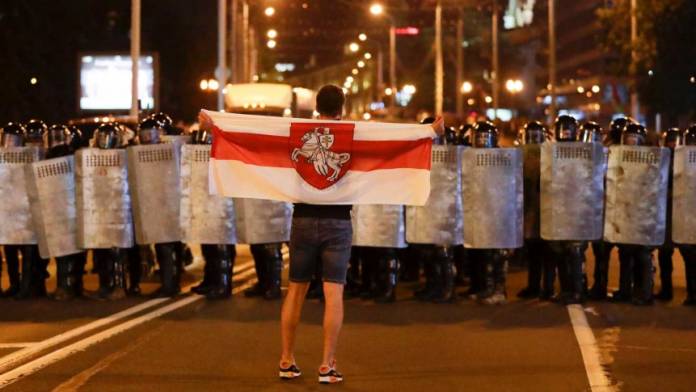 Tens of thousands have once again taken to the streets in Belarus, defying and challenging riot police to protest against President Alexander Lukashenko.

A huge police presence cordoned off areas such as Independence Square in the capital, Minsk, and the interior ministry reported at least 140 arrests.

Protesters chanted “disgrace” and “leave” in standoffs with police.

Belarus has been gripped by mass protests since the Presidential election on the 9th of August, which according to international reports is widely believed to have been rigged.

Mr Lukashenko has been in power for 26 years and has insisted that he has no intention of stepping down and denies electoral fraud.