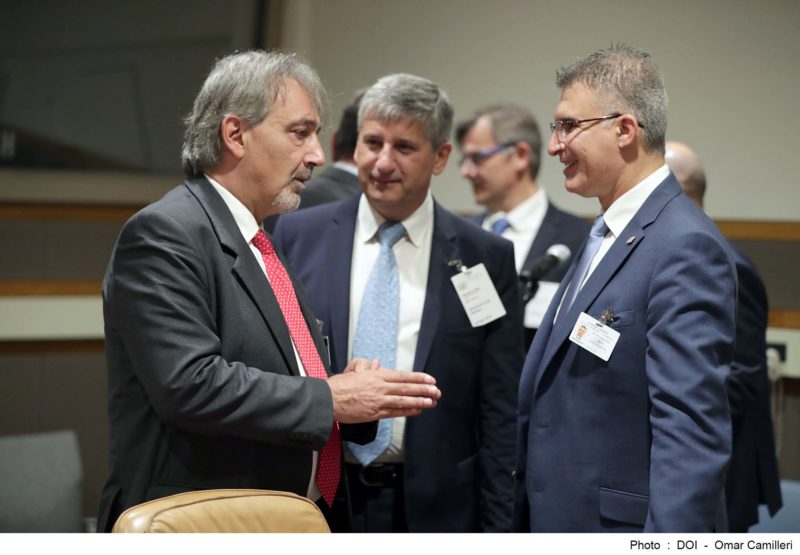 Foreign Minister Carmelo Abela said that for countries like Malta mass migration is a challenge even though on the other side of the coin migrants contribute to our social and economic development.

Minister Abela was speaking during a high-level event that Malta has co-organised on the margins of the 73rd session of the United Nations General assembly titled ‘Giving a Voice to Evidence – Overcoming a Distorted Narrative on Migration and Moving Towards Evidence-based Migration Policy Development’. He also stressed on the fact that our perception on migration needs to evolve into a holistic one and mentioned media as a means of achieving such a goal as it shapes public opinions and attitudes.

During his time in New York, Carmelo Abela also addressed the African Forum where he praised the growth of the continent and said that Malta will continue to engage with the African continent on various levels.  Minister Abela also signed an avoidance of Double Taxation agreement between Malta and the Principality of Monaco to ensure  that businesses based in either state and doing business with each other will not have to pay taxes on their income in both systems.

Actions local businesses are taking in these difficult times

Coryse Borg   March 27, 2020
An number of local companies are offering deals online. From mouth-blown glass to designer specs to local wine and locally-published books from make up to transport, here are some deals that may help put a smile on your face during these times.

Monique Agius   March 29, 2020
Filing of remote police reports is intended for offences that do not require an immediate police response, the police said.