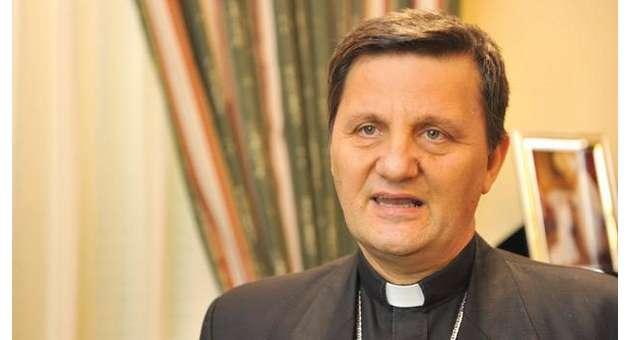 The Bishop of Gozo did not mince his words in an open letter to Christians and Muslims, calling ‘silly’ those who look at foreigners in Malta as simply an economic resource. He decried the propensity of some to look on these people as inferior and to exploit their vulnerability. Looking beyond the social and cultural aspects, Bishop Grech gave this foreign presence a religious dimension and one in which inter-faith dialogue could be promoted and strenghtened.

“When one considers the lack of accurate knowledge about Islam and the prejudice against it, one sees the need to dialogue with the Muslim world without denying anything of our Christian identity” note Bishop Grech. Indeed, in a country which is daily reminded of Christian-Muslim strife through the magnificent fortifications, knowledge of Islam has been very lacking. Bishop Grech recalled a particular moment in history, the meeting of St Francis of Assisi and Sultan of Egypt, Malek al-Kamel. Almost exactly to the date, 800 years ago, said Bishop Grech, these two great men met to convert each other and ended up in mutual respect of each other’s strong faith. “Free from prejudice, they recognised each other not only as God’s creatures but also as men of faith” observed the Bishop of Gozo.

Peoples of the Book

The Islamic influence on St Francis’ praises to God, noted Bishop Grech, was not the only link for true dialogue with the Muslim faith. He turned to the Marian connections between the two faiths. Marian tradition in the Muslim faith is very strong. An important element, noted the Bishop of Gozo, “…since, as the Mother of Jesus, she can be a very good means of dialogue among us believers in one God, Christians and Muslims. Mary is the road which can lead us to open out to each other and understand each other much better.”

A dialogue for listening

Referring to various apocryphal stories connected to Mary which emanate from the Quran or from Quranic tradition, Bishop Grech said that although the Quran does not recognise Mary as the “Mother of God” since it does not accept the divinity of Christ, still it contains information about Mary which is more plentiful than what we find in the four canonical Gospels put together. Devotion to Mary is quite widespread among Muslims, observed Bishop Grech, such as prayers for motherhood by Muslim women at  the Orthodox Cathedral of Sednaya in Syria. “One can appreciate the importance of these pilgrimages if one considers that the only obligatory pilgrimage is the one to Mecca – other pilgrimages are practically considered idolatrous! And yet there are all these pilgrimages directed towards Marian sanctuaries!” said Bishop Grech. “If we discard the fanaticism which historically we find in both religious traditions, we will find that the Muslim, like every believer, is open to the supernatural and the spiritual” said Bishop Grech.

And God fulfilled Himself in many ways

Referring to the recent meeting of the Pope with the Great Imam of Al-Azhar, Bishop Grech noted that the declaration of human fraternity signed by both parties is a guide to all generations to promote mutual respect ‘in the great divine grace that makes all human beings brothers and sisters’ concluded Bishop Grech.

“The cross is what brings down our idols”